Filter by:
NGJ Magazine / Articles / Survival
Do you get our FREE Magazine? 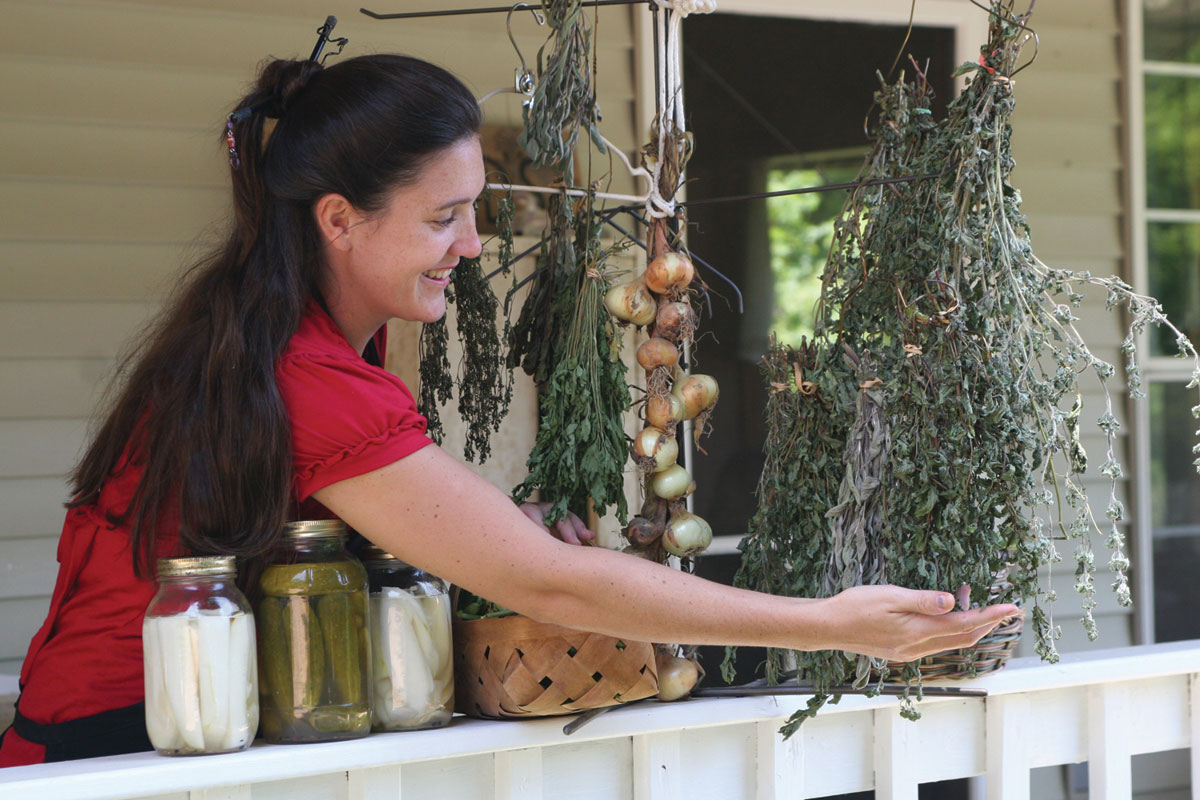 Survival, the most powerful instinct of all, recently awakened by the financial crisis and the threatening political climate, is the primary concern expressed in the many letters we are receiving. It is not a new experience for me, because I remember many similar awakenings in my 63 years. In the fifties and very early sixties, there were many businesses advertising the construction of your own personal nuclear bomb shelter. Schools and businesses had regular drills on how to protect oneself in the event of a nuclear detonation. Then came the sixties with all the civil rights unrest, and an all-out race war seemed imminent. Nuclear weapons proliferated, and Vietnam revealed that we were not all-powerful after all. Hippies, drugs, and secularism spelled the end of society as we knew it, and “God is dead” was the state philosophy of the universities.

Many of you can remember the seventies and eighties, marked by decreasing respect for morality and the Bible. Killing babies became common, and God made his own statement with AIDS. The government responded by making Sodomites a protected species.

The prosperity of the nineties ended with the fear and then the fizzle of Y2K. Many were left feeling silly, sitting on their five-gallon buckets of pressure-sealed dried foods surrounded by a garage full of bottled water. This century started off in fire and blood and has brought growing disunity and distrust of government.

But none of this has been as alarming as the present political climate, first launched during the previous Republican administration and now being unbelievably expanded under President Obama. We know that Christians, homeschoolers, and conservatives in general are now in the crosshairs of government assassins, right along with terrorists and anarchists. There is a strong sense amongst us that we are being increasingly isolated by the reigning world philosophies. It all makes us feel that when the time is right, they will feed us to the lions in the name of liberal morality.

Christians and people concerned about keeping their hard-earned money are fleeing California like fleas from a dead dog. “Where can we go to survive the impending collapse?” they cry. “What can we do to prepare ourselves to survive?

My response is short and simple: “Bring it on!” When I was younger, these things affected me much more. I don’t know if I have responded to the cry of wolf so many times in the past that I no longer believe the warnings, or if it is simply the fact that now I am in a much better position to survive extreme adversities than I was when I was younger. I truly feel that I am able to weather the worst storm and, if necessary, be the last man standing. Which finally brings me to the reason for writing this article.

I want to help you to achieve the same confidence I have gained. My confidence is not in stored gold or silver—I have none. It is not in food and other consumable supplies securely laid away. Nor have I placed my confidence in defensive weapons or fortified compounds. My confidence is in two things. First and foremost is the fact that I know my God is in control of all things, and that he is working all things for the good of those of us who love him and are called to be part of his purpose on this earth (Romans 8:28). I don’t say that so as to sound spiritual. I truly find peace in the knowledge of him as my sovereign God, and, if necessary, I’m willing to accept his purposes in the midst of suffering.

But I will admit, without the arsenal of natural means that I have acquired over the years to weather adversity, I would have to pray much more and be more resigned to suffer with the rest of society when it all goes up in smoke. As it is, I am equipped to survive—and fully expect to. And all of my equipment is carried in my head—acquired knowledge and the skill to use it in any circumstances. It is far better to possess knowledge of how to gather food from the wild, or even from a vacant lot, than to have a storehouse of food. It is more comforting to know how to build a shelter in the city or in the wilderness, than to own a remote and well-equipped retreat. It is better to know how to make and use tools, than it is to possess the things a man thinks he might need to weather adversity. Confidence in one’s own resourcefulness cannot be stolen or denied by a hostile government or a rogue gang.

Think about this. If I had two years worth of food stored up and people around me were hungry, would I hoard my food and eat while others starved? I would not. I would share my food. If I had food and desperate men with starving children tried to take my food by force, would I shoot them in defense of my store? No, I would not. I would share what I had.

For that reason, I see no sense in depending on nonrenewable resources beyond a temporary crisis, like a power outage, or a temporary interruption of food deliveries to stores, or an economic collapse that produces chaos for a few days or weeks. It is always wise to have on hand enough food and water to weather a three-month emergency, plus a little more, knowing you will probably want to share with those who have no reserves. Raw grains, beans, rice and nuts are to be preferred—more food for less money and simpler to store. Three hundred pounds for the average family should see you through—all for less than three hundred dollars. Rather than maintaining a fancy storage unit after the emergency has ended, eat it or throw it out every year, and then refresh your supply.

Now, there is an obvious advantage to living in the country—a big advantage! Out there you are much less likely to have to defend your food storage supplies. You will be far removed from the urban violence that is likely to occur. Well water or purifyable groundwater are available even if utilities are not functioning, and, best of all, you will be close to the land where your foodstuffs can be renewed.

You may be one of many who are disturbed because you live in a big city. You almost feel trapped: Your job is there, and with the dire economic conditions we’re presently in, this is no time to be changing your vocation or looking for a new job. Many of you, if you did move out into the country, would be helpless, poor, and destitute when your money ran out. If you fit into this group of families, please consider this very practical and workable suggestion, one that is both affordable and is almost guaranteed to be fun for the whole family.

This weekend, take a family trip out into the country outside your city. Fifty to one hundred miles should be about right. Find a farm with an old abandoned shack on it. Locate the owner, and introduce yourself and your family. Make sure the kids are with you and at their most courteous—“Yes, Sir,” and “Thank you, Ma’am.” Tell the owner that you work in the city and are concerned about the troubling political and economic climate we’re presently in. Tell him that you would like to have a get-away out in the country, but cannot afford to buy a place. Offer to lease his old shack for something like $500 a year, or less, on the condition that you make some improvements on it—possibly new windows and doors, insulation, etc. You can replace windows and doors for about $100 each. If you cannot afford to do much improvement, you can buy a roll of all-weather clear vinyl that can be stapled over the windows in time of need.

Tell him that your family would like to vacation there as you work on it weekends and summers. Volunteer to help him on his farm (if he has one) for the knowledge you will gain. I am sure he will be willing to plow your garden, and cut the weeds around the place with his tractor. In time, you will accumulate all necessary tools and the knowledge to use them. Learn to garden by starting with a small plot no bigger than your living room. There is an abundance of good books that will provide you with the basic knowledge you will need. Knowledge is power, and the skills learned to apply that knowledge produces confidence.

Following this very workable suggestion, you will be able to continue living in the city where you make your living, but you will also have all the advantages of living in the country. Always keep enough gas in the car to get there, and enough food to last you until the next harvest season, and you will be all set for any worst-case scenario.

On a small scale, you can learn the old-fashioned ways to store potatoes, pumpkins, turnips, cabbage, and beets. You can practice canning and drying food. Out there in the country, you will be able to locate experienced old-timers who will love to share their knowledge with you. Harvest wild nuts and berries. Learn the land and what it has to offer. Get comfortable with the outdoors. Hike. With the owner’s permission, cut your own firewood. Install enough solar panels for lights at night and to recharge electric tools.

This can be the most bonding experience your family will ever have. The kids will love it if they see that you are relaxed and are having fun. And, be sure to not drive them too hard. Let them paint their own rooms. Visit the local swimming hole. Find the best places to fish. Make it a point to go hunting there in the wintertime. Learn to identify local plants that are edible. You can eat about half of what grows wild, but you must make the effort to know “which half.” Visit the local churches and get to know the people. Let them know what you are doing, and they will not only appreciate your effort, they may step in to help.

By putting these suggestions to work, you can be a commuting homesteader without the burden of being helplessly in debt. And let’s face it, most of you are not cut out for country life with its long winters and humid and sticky summers. A little dose can be fun, where a total change in lifestyle can become a burden too heavy for you and the whole family.

I say again: The best resource against hard times is knowledge. When you add to knowledge a convenient environment to put that knowledge to work, you will be a confident and happy survivor of any local or national disaster. Then you can grin and join with me in saying, “Bring it on!”

The following is a suggested list of good “how-to” books that we have used and accumulated over the years. Many can be found at BulkHerbStore.com.

Homeschool Kid - When the Music Starts