Filter by:
NGJ Magazine / Articles / Angry Child
Do you get our FREE Magazine? 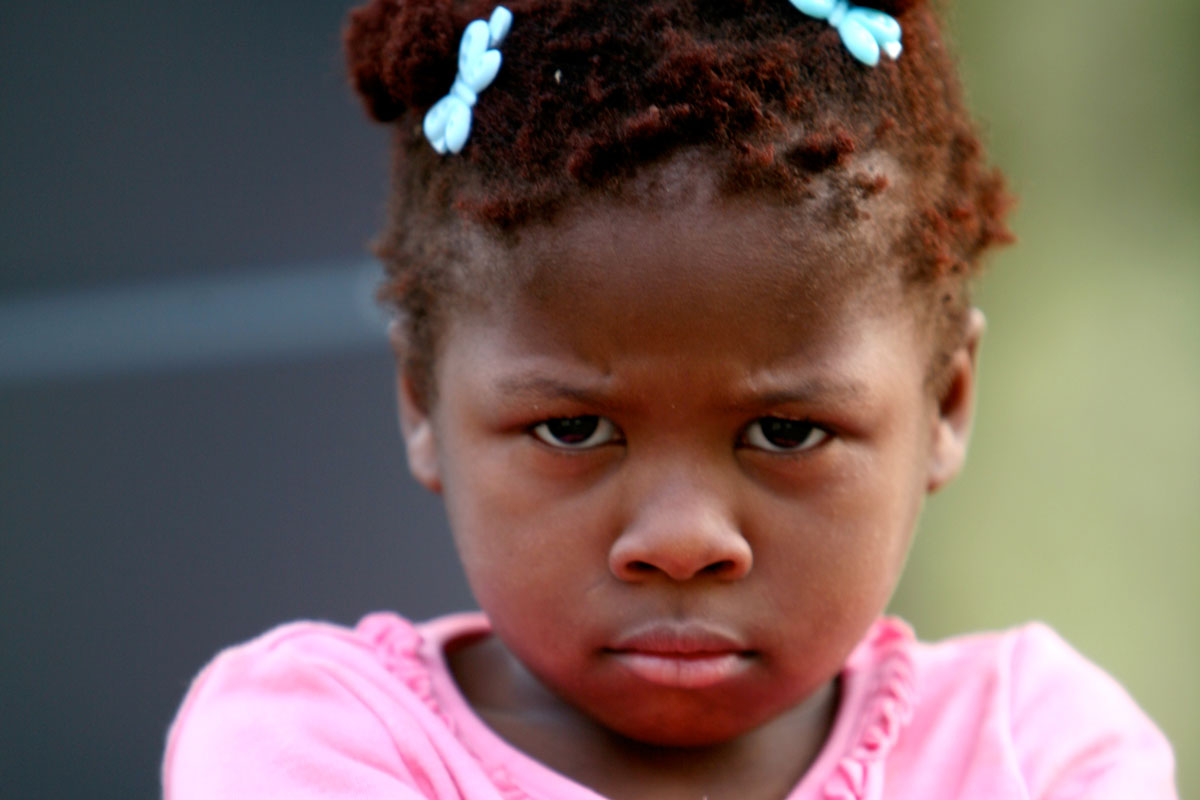 I do have a question. How do I deal with an angry child? When he doesn't get his way, when I fix a breakfast he's not fond of, he acts angry and blames me. He often tells me that spankings only makes him angrier. What am I missing? CH

There is only one reason that he would express anger when he did not get his way; because such displays have, at least occasionally, caused him to get his way. He is manipulating you. The fact that he continues to do it tells me that it occasionally works. You give in. You have successfully trained him to respond as he does.

You feel guilty and inadequate, and he knows it. He knows you are trying to work the anger out of him, so he assures you that your responses only make matters worse. You believe him, so he wins again. Smart kid.

The big problem is that he is a little fish in a very little bowl. He is learning to respond to life in a manner that will not work later in life. He controls his weak mother, but the world is not made up of weak mothers. There are some “couldn’t care less” people waiting out there who can also get angry and act quite irrational. Cops are trained to deal with angry boys, even 250 pounders.

I regularly go to a prison that has over 1200 men in it. Many of them were just like your son when they were his age. No one could control them, that is, until they met a don’t-care cellmate and a don’t-give-a-blankety-blank security guard, surrounded by several razor wire fences. If you don’t like the food, and few do, you don’t have to eat it. No one will feel guilty when you go hungry. If you get angry and they throw you in solitary, they are not impressed if you say, “That only makes me angrier.” Such talk won’t even interrupt the discussion the security guards are having as they escort you to the cell in your cute little white jacket with your arms tied behind you. One minute out of the cell, they won’t remember your angry threat.

Funny thing, 1200 men will go all week without one fight. If you get angry at the wrong person in a prison, you may die with a sharpened toothbrush sticking in your throat. Angry little boys never say, “Don’t do that, it only makes me more angry.” Who cares? When no one is listening and no one is impressed, threats are useless.

I am not calloused to your dilemma. But the big problem is in your own mind. You are not free to be forceful and bold. Your son needs to run smack dab into a big, high, unmoving fence of authority. You, mother, are a pushover, a sucker. Your need is a renewed mind. Now that I have plowed your fallow ground, I will plant the seeds of understanding.

Let’s try to understand this anger. Displeasure when one doesn’t get his way is as natural as humanity. If one were not disappointed by unfulfilled drives, he would be without preference and thus without personhood. Anger is also a natural trait of all living souls—not necessarily of the fallen state only. God is angry when it is appropriate. Speaking of Jesus, the Scripture says, “And when he had looked round about on them with anger, being grieved for the hardness of their hearts... (Mark 3:5).”

Righteous anger is anger directed at injustice, selfishness. To be righteously angry toward someone is to impute blame to them. It is to hold them in contempt for not acting as they should have. Righteous anger seeks goodness. It is the guardian of love. It is moral choice expressed in the emotions.

Righteous anger is agreeing with the innate dictates of common law. It is taking your place on the jury to condemn and then recommend sentencing to the guilty.

But anger at not getting one’s way is something else entirely. Selfish anger is manipulative and unreasonable. It assumes that ultimate good is the gratification of self. It judges all events according to how they personally gratify. To thus be angry toward others, the individual must assume that others exist to fulfill his impulses. To him, right and wrong is: everyone does good by complying with my will and everyone does evil by depriving me of what I want. His anger is judgment falling on the ‘sinner’ for standing in the way of his indulgence. The selfishly angry person is judge and jury in a courtroom where the only rule of law is the satisfaction of one person—self. All should be subservient to the big I, or all should be damned. A selfishly angry person lives at the center of a small world with all others orbiting for his gratification. He is the manager of affairs according to his whims. The needs of others or the justice of a situation is irrelevant.

Mother, I am trying to make you angry—not hurt, not guilty, and certainly not timid. The Devil is running away with your child. You can stop it. You can break the spell. For this angry perversion to survive it must be fed. Shake off the senseless guilt and stand firm and consistent in not yielding to you son’s demands. When you see that ugly head of self-centeredness pop up in your son, cut it off like you would a venomous viper in your baby’s crib. To give over to his demands, even once, is like a mother giving drugs or alcohol to her addicted child. Addictions are not broken a little at a time. They are starved to death. Shake him out of his make-believe, selfish kingdom. Kick him off the throne and never look back.

Now that I have emphasized the seriousness of this I will offer some practical advise. Cause you son to know that he does not have any say or authority over what foods are set in front of him. You do this by never allowing him to veto your decisions once they are made. If you want to offer him a choice before you prepare the meal, that is gracious of you and perfectly suitable, but never allow him to direct events with anger or ill temper. You must not be angry. No not plead for understanding or acceptance in your role as head dietician. Display indifference with dignity. Rise above petty debate and bickering. Like an army Sargent, state your will and accept nothing less. If he doesn’t like what is on the table and he is rude, send him away from the table and do not let him eat until the next meal. Do not feed him snacks between meals, and let him get good and hungry. He will then eat baby food spinach and love it. If you think it is appropriate and you spank him make sure that it is not a token spanking. Light, swatting spankings, done in anger without courtroom dignity will make children mad because they sense that they have been bullied by an antagonists. A proper spanking leaves children without breath to complain. If he should tell you that the spanking makes him madder, spank him again. If he is still mad.... He desperately needs an unswayable authority, a cold rock of justice. Keep in mind that if you are angry you are wasting your time trying to spank his anger away.

I could break his anger in two days. He would be too scared to get angry. On the third day he would draw into a quiet shell and obey. On the fourth day I would treat him with respect and he would respond in kind. On the fifth day the fear would go away and he would relax because he would have judged that as long as he responds correctly there is nothing to fear. On the sixth day he would like himself better and enjoy his new relationship to authority. On the seventh day I would fellowship with him in some activity that he enjoyed. On the eight day he would love me and would make a commitment to always please me because he valued my approval and fellowship. On the ninth day someone would comment that I had the most cheerful and obedient boy that they had ever seen. On the tenth day we would be the best of buddies.

Instilling Initiative in Our Children