Filter by:
NGJ Magazine / Articles / Homeschool Adventure: Playing Possum
Do you get our FREE Magazine? 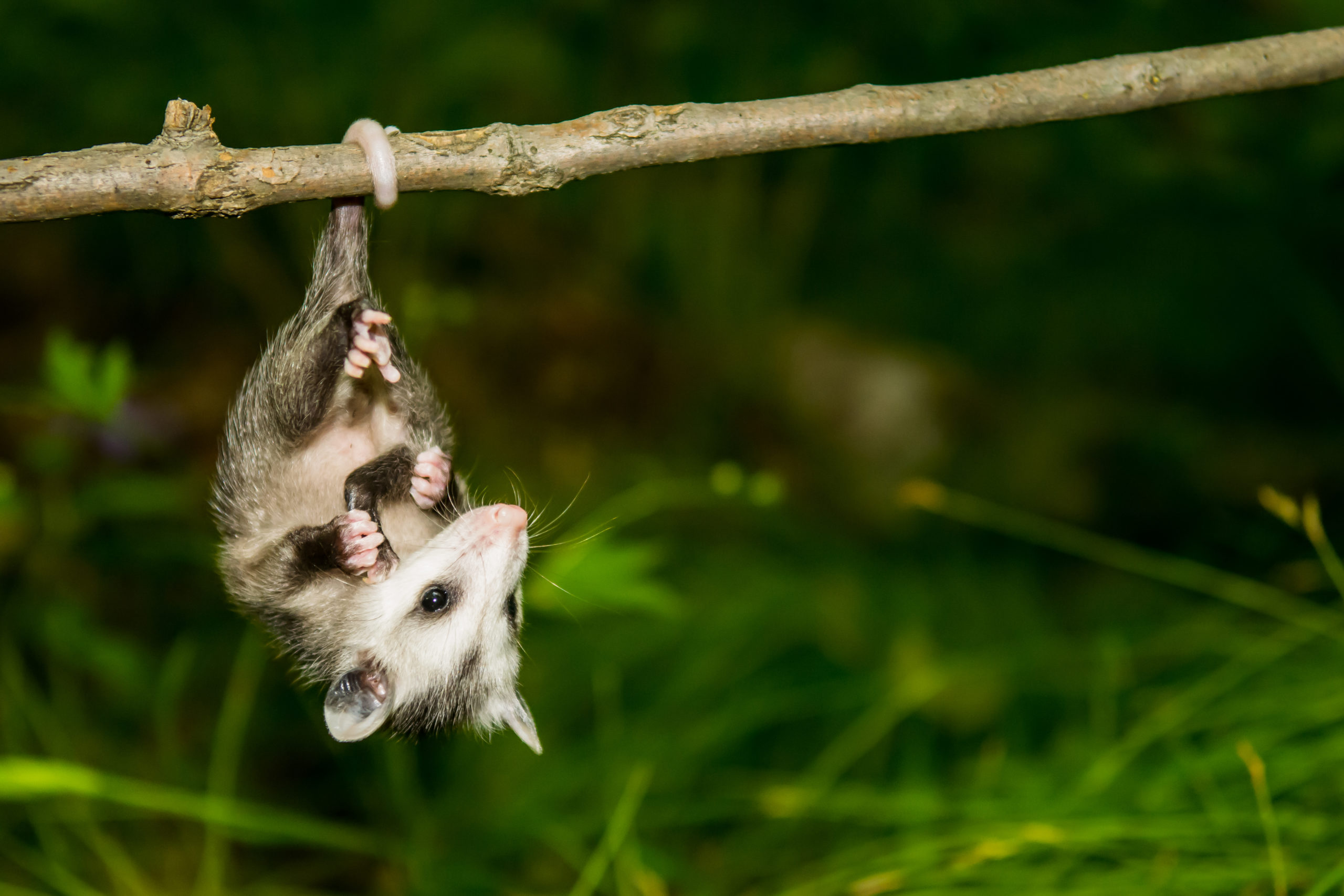 Some years ago, Mike came home from preaching at the prison really riled up. I thought something bad must have gone down with the inmates. After he calmed down Mike told me, “I will never again ride down to the prison with John.” (I am not using the real name to hide the guilty, although he knows who he is!) Mike continued, still breathing hard, “That guy almost ran off the road in a deep curve with a 500-foot cliff just so he could run over a possum! He scared me to death… almost! And why does he feel the need to kill a possum just for the sake of killing a possum? From now on it will be MY car and I will be the one driving, and the possums will live and so will I.” I didn’t dare grin, although I thought it was rather amusing that Mike was scared, since he has scared me to death (almost) more times than I could count.

It was sad about the possums. The possum-killing man obviously didn’t know what I know about these creatures. If he knew the facts, he would be treating the lowly possums with praise rather than running them down with his car wheels.

Possums are good mamas. They carry their babies on their backs much like homeschooling mamas. Isn’t it adorable seeing the babies all loaded on the back of their mother? How could anyone take offense at such cuteness?

Another thing about possums is that they are not at all aggressive. They are so gentle that if they are threatened, instead of fighting back, they just play dead. I know this is true because once we caught a possum and, sure enough that possum just rolled over and appeared to be dead. I thought maybe we had given the poor little animal a heart attack by chasing it. We rolled it over and over, pulled its hair, and poked it with a stick, but it just lay there with no signs of life. How can you tease or play with something that is dead or so scared it looks as if it is dead? It can really make you feel like a jerk—maybe because we were being rather like jerks. Anyway, I saw with my very own eyes that what they say about possums playing dead was, in fact, a FACT.

I have heard all my life people referring to “those nasty, dirty possums.” This is a good time to tell you not to trust everything you hear, because often what you hear is just a tale—something that is simply not true. A wise person always fact-checks. Rather than being dirty, possums are fastidious in their grooming habits. “Fastidious” means finicky about cleaning themselves. If the phrase “cleanliness is next to godliness” were really in the Bible, then the lowly possum would be the most heavenly of creatures. Of course, a fast fact-check in a Bible concordance will tell you that the phrase is not to be found in Scripture, unless it is in some off-brand, new blarneyed translation. I surmise that it may have originated with my (or someone else’s) mama, but it is NOT in the Bible and that’s a fact.

Saintly or not, possums are very clean animals, but for some strange, wonderful reason, ticks LOVE possums more than any other animal. In fact, ticks love possums TWICE as much as other furry beasts. Mice are the main source of diseases that are carried by ticks. Unlike the cleanliness habits of possums, mice have poor hygiene, which means ticks stay on board feeding off the blood of mice—including their diseases. Getting rid of all mice is very important in controlling disease. Thankfully God designed ticks to prefer possums. Ticks are quick to jump aboard possums any chance they get, making possums the most effective tick traps you will find in the woods. Now, think for a moment: possums draw ticks to themselves and possums have fastidious grooming habits. What do these two facts seem to reveal?
If you guessed that when possums clean themselves they kill the ticks and thus dispose of them in a very effective manner, then you are correct. One possum can rid this world of 5,000 disease-causing ticks each season! To make it even better, possums can eat the diseased ticks without getting the diseases the ticks carry. As a matter of FACT, possums are resistant to many diseases and are rarely found to be rabid.

Ticks are a real menace to everyone's health and well-being. Just three types of ticks can carry as many as 15 terrible diseases. One bite from a tick can give you multiple diseases, but the one that is most rampant is Lyme disease. If you don’t know about Lyme, you really need to research the subject. Lyme disease can be life threatening, and it is certainly a debilitating disease that, once contracted, can take years for a person to recover from. Many children in some areas of America are crippled due to Lyme disease. All this sickness comes from one little disease-carrying tick. Keep in mind that not every tick carries disease. In some areas in the north, as many as half of the ticks carry diseases but even of those, only three percent of the bites result in infection. The sooner the tick is removed, the better the odds of not getting Lyme or another tick-borne disease. But disease-carrying ticks are increasingly a threat to everyone’s good health.

The medical community has come to realize that Lyme disease is more prevalent and problematic than previously thought. Scientists are working on ways to limit transmission of Lyme disease by reducing record-high tick populations, but God already provided for mankind through the possum.

And now, people are becoming aware that possums, rather than dogs, could indeed be man’s best friend or at the very least, a very good helper.

And that's a homeschooling adventure!