Filter by:
NGJ Magazine / Articles / My Love Story
Do you get our FREE Magazine? 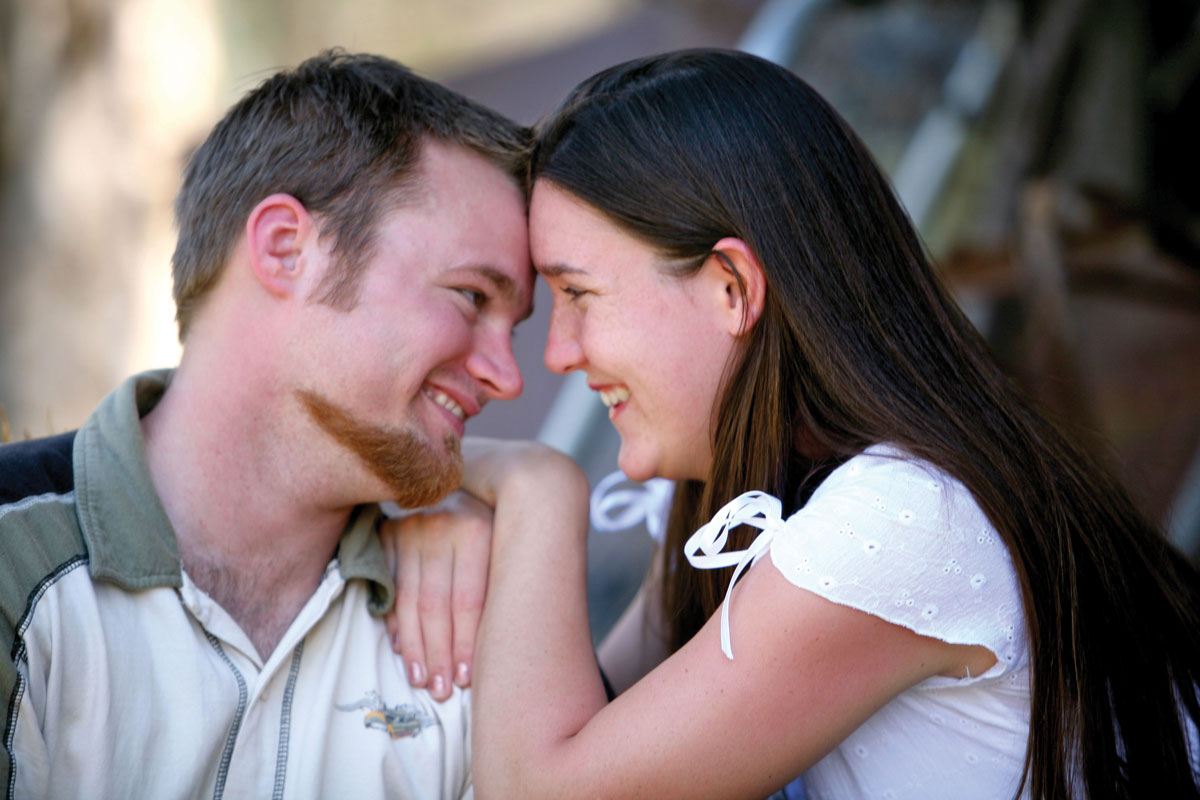 Is this the one, or what about him? That guy is nice, too. A lot of girls make a list of what they want, or what they think they need. I can tell you, we girls don’t have a clue as to what we really need.

When I was at the end of my nineteenth year, I met the man whom I would come to love and call My Man, but at that time, I could not have picked him out in a group of five.  He was just one of all the other guys who hung around our community. It was over a year later that I would come to see him as the man for me. 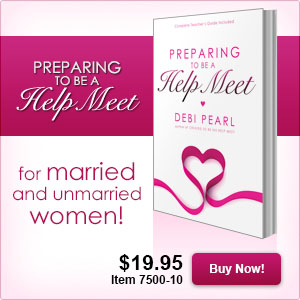 From the time I was quite young, I knew that I would need lots of wisdom, and my parents’ guidance, in choosing the man to whom I would say “yes.”  I am a very gullible person. I still remember falling for the line, “Did you know that the word “gullible” is not in the dictionary?”  My brothers would never leave me alone, thoroughly loving to trick me and lead me on. It was this trait that eventually caused me to pray for wisdom and be totally open to counsel.

There was a steady stream of young men asking for my hand in marriage, and I would have most likely fallen for some of them if my parents had not had the wisdom to protect me, or if I had not gained the wisdom to obey them. My parents knew there was only one man out there good enough for their girl, and they were going to make sure I found him.

Along about this time, my dad held a one-week men’s Bible and missions training camp. All of us girls helped with the cooking.  Justin Brand was there among the rest of the young men for that week. It was the first time we had met, even though I cannot really remember him from that week. His parents had asked him to go to this Bible camp, and he had found work excuses not to go, until the man he worked for decided to take the week off. Since he couldn’t work that week, he decided to get in his truck and came on down to check it all out. He was only nineteen, and just a boy at heart.  His parents had told him that the Pearls had a daughter about his age and had hinted for him to check me out. He did, and he loved me from that brief beginning.

That week, a group of men, Justin among them, signed up to go on a mission trip to Thailand. My brother was among them on the same mission trip, so Justin and Gabe became friends. Justin did not see me again until a few months later at a seminar near his church. His parents came also, hoping to meet me, because Justin had gone home and told them that he was going to marry me. At the seminar, my Dad, being funny, told the crowd of young men that he was taking applications for his daughters’ hands in marriage. Justin, as soon as the meeting was over, came running back to the book table to fill out an application. We all thought it was funny. Time passed.

My brother, Gabriel was planning a young people’s June weekend camp, and he invited Justin and his brother to come down for it. They lived a couple hours from us. The next few months, Justin found one reason or the other to come down to visit. He worked in the children’s ministry for his church. At that time, my sister and I were making puppets to use as a ministry tool, so he would use that as an excuse to come and borrow the puppets to use in his ministry. He got to know my family during that time.

I worked long hours and would come home tired and really never thought about him as a potential husband. I actually did not know a lot about him, but I knew by this time that he liked me a lot, because my brothers were always laughing at how obviously in love he was.

A whole year passed, and he came back for the June camp. It was on my parents’ property, and all of the girls stayed at their house; the guys slept on the grounds around the creek. We had lots of activities during the day, including volleyball, hiking, swimming, and canoeing.  Every chance Justin had, he was right there telling me what he wanted out of life, and what his goals were.  I found it cute that he was so persistent; most guys would have given up. But he knew what he wanted, and he was determined to keep trying.

I had always prayed for wisdom so that when the right man came along, I would just know God’s will. I also knew that when my parents finally said “Yes” to someone, that meant something, for they had said “No” to several good, godly men. My dad does not value what most men value. He is not impressed with appearances, money, schooling, houses, jobs, family ties, future possibilities, etc. I cannot explain to you exactly what it is that my dad looked for in a man, but I knew, without a doubt, that I could trust him to make a wise decision. I had been praying for some understanding, and I knew that God wanted me to have a man who would love me as much as “He so loved me.”

It was at the end of the camp week, while I was visiting my brother and just getting ready to leave, that Justin pulled up in Gabriel’s driveway. Justin had just returned from dropping someone off at the airport. I later learned he had called his parents and told them that he was going to talk to me about getting to know me, with the idea of marriage in mind. If I said “Yes,” he was going to stay the weekend, otherwise he was coming home.

Well, it was about ten o’clock at night, and I was in the car ready to leave when Justin came flying out of his truck and said, “I need to talk to you.” I still had no intention or interest at this time to get to know him, but said I would walk with him so he could talk. He talked and talked about everything he could think of. I had always thought I would marry someone who was in a ministry. But as he talked, he kept saying, “My family will be my ministry, no matter what I do or where I go; they will come first. My children will know that they mean the world to me. If I lose one of them, then I will lose my heart.” He said this with tears in his eyes.

At that moment, God gave me peace in my heart about this persistent young man, and I knew that he was God’s man for me. If he loved his children, then he would always do what was right for them and me. Nothing else really mattered. I didn’t know his parents, and I had never really known what he did for a living.  He still lived at home, and he had not really thought much about the future, except that he wanted to marry me, and have children who walked with the Lord. So, after about an hour of him talking with me, I told him, “If my dad says ‘yes’ then I say ‘yes’.” He turned to me and started to pray and thank God for his blessing, asking God to bless us as we were seeking to do his will. He reached out and took my hand as he prayed, and I knew then that I would be marrying this man. God had put complete peace in my heart.

The next morning, Justin showed up at the house before Dad was awake and waited outside for him to come out. I do not know what was said, but all of us girls were watching from the herb garden. After about two minutes, Justin came running down the hill yelling “Yes!”  It was such a fun day! He spent the weekend hanging out with me, and the family. I shocked him by introducing him to my grandparents as “My Man.” It shocked them too, because two days earlier I had no thought of having a man, and now I was preparing to marry him.

God is such a Big God, and he likes to bless those who want his will and seek after him.  Three weeks later we were engaged. Two months after that, we were married. We will have been married five years this coming September 2007, and I can tell you honestly that every moment has been a wonderful blessing.  God knows what he is doing. All I had to do was trust him.

2 comments on “My Love Story”