Filter by:
NGJ Magazine / Articles / Steps to Obedience
Do you get our FREE Magazine? 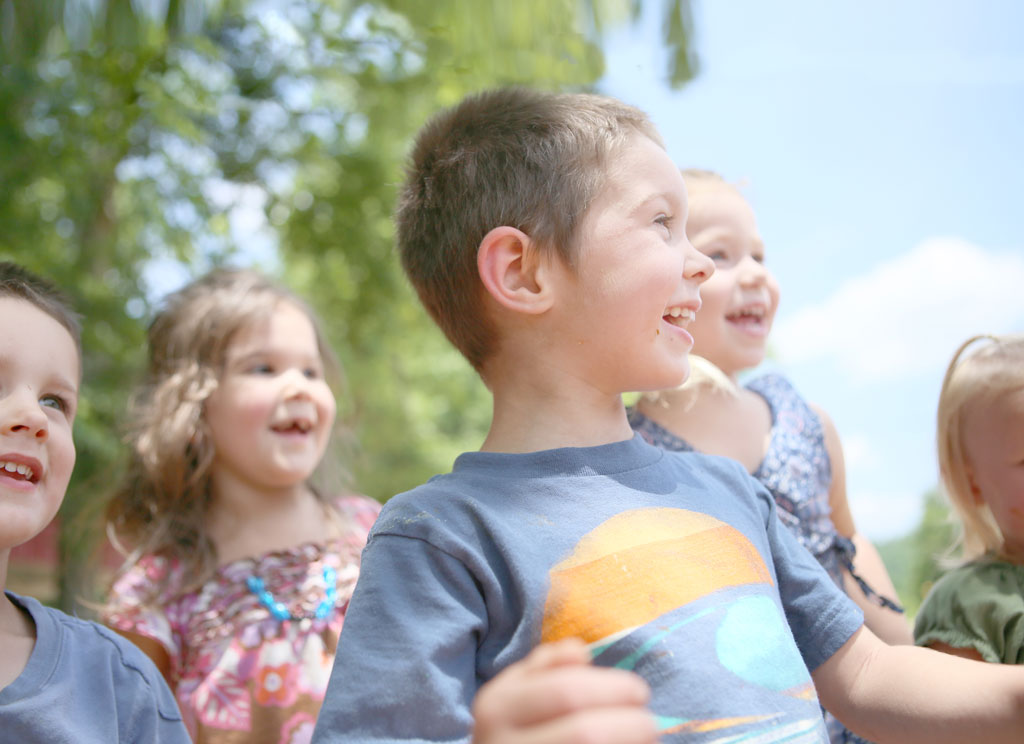 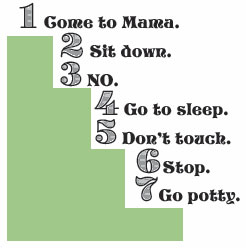 3 No!
This command is much needed, but can be so overused that the child never listens to it. It is used often with another command like, “NO! Do not touch that!” “No! Sit down!” or “No! Come to Mama.” Parents become frustrated that the child is not listening, and begin repeating it more loudly or aggressively. Have you ever been in a store or church and heard a parent say “No,” and then a second later they repeat it at a slightly higher pitch? This continues until the parent reaches that particular stress level that the child has come to associate with seriousness. The child is accustomed to ignoring the first few “No” commands, knowing they are only preliminary. The child is a musician and has learned how to play his parents.
The key to the word “No” is to be judicious and consistent in its use. Do not use it unless it is absolutely necessary and you are committed to following through. If your child is pouring water on the floor and you want him to stop, be prepared to make him stop by applying a switch if he does not respond to the first quiet command. Otherwise, let him pour the water on the floor. It is better to have your child pour water out with you smiling at him than for you to become angry trying to get him to listen to your repeated stressful “No’s.” Learn to be consistent and your life will become one of relaxed joy.
I will not tell you that my children are perfect! They make big messes, pour water on the floor, and do not always sit still! But when I give a command, in most cases they immediately obey, even the two-year-old. I do not make rules I am not prepared to enforce! I only say “No” when I can follow through! My friends accuse me of being too laid back and too relaxed. I see stress as a disease, and do not plan on contracting it. So, a relaxed mom I will be!
“No” is usually the first word a baby learns to say; he hears it so often that he just begins to repeat it. A few months ago when my baby was about 18 months old and learning to talk, I realized that when I said “No” he repeated it back to me. I told my husband, “I think I have messed up and Roland does not understand the meaning of ‘No’ anymore.” I was not consistent! So I decided to use the Russian word for “No” and be consistent with the new command and not use the “No” word anymore. So, “Kneat” became my new word to make him obey. It worked like a charm; he respected the new word and knew that Mom meant business when she said “Kneat,” and I got the results I wanted. So now I have two negative words. “No” is a general word for the opposite of “Yes,” and “Kneat” is a more threatening word that censors any negative behavior and demands immediate compliance.

4 Go to Sleep
How can you get your children to just go to sleep? The same way you get them to do everything else: Be consistent! Every night, put them to bed the same way at the same time and never let them take over the process.
At eight o’clock every night we read the Bible, pray, give them drinks (and if they are hungry, an apple or banana while we read), then kisses, and finally lights out, and that is it. They are in bed and the day has come to an end. At times we have had to remind one child or another that this rule is final, but most of the time the conditioning is never challenged. We have them play hard all day, so they want to sleep!

A funny story:
My six-year-old trained my two-year-old to go to sleep anywhere, anytime by giving him treats. She loves training dogs, and decided that training her brother was fun as well. So she got little pieces of cheese or chocolate and would give him a command like, “Sit down,” “Get up,” “Lie down,” “Say ‘Mama,’” and so on. She then told him, “Close your eyes; now go to sleep.” To her great joy, he did!
One day at church I told my mom, who was holding Roland, “Just tell him to close his eyes and go to sleep and he will obey!” She laughed, but after a few minutes of him wiggling in her lap she tried it, and instantly he fell back in her arms with his eyes closed and was soon sound asleep! She was shocked, and I have to admit I was too! The best part about it is that he still goes to sleep that way. It is like putting a baby doll down.

5 Don’t Touch
This training starts early. It is one of those commands that could save your child’s hand from being burnt or cut or any number of harmful things. When you are holding your baby and she reaches out to pull your plate off the table creating a huge mess, it is time to train her not to touch. Instead of pushing the plate beyond her reach, creating an “if you can reach it, it is yours” game, keep it within reach and start training. As she reaches for it, take her hand away and say, “Don’t touch.” If she reaches again, have a pencil or small switch equivalent in size and tap the back of the hand. This is not to hurt but to reinforce your words. She will pull her hand back and, depending on the child, will stop and let go, or try again. Make sure you win the authority contest and then create another opportunity later in the day to reinforce the training.
Holding a book is a good training tool; they love to reach for a book. Do this for several days until they understand and respond to the command quickly. As they get older, put things on the coffee table that you do not want them to touch and again train them to not touch by being close at hand to reinforce your command of “Don’t touch.”

6 Stop
This command, like “Don’t touch,” can save their life. If your child is about to step into the street, you want him to stop in his tracks when you shout “Stop!” It also goes along with “Come to Mama,” so practice the two together. You can also create a game to play with your children (when Mom says “stop!” you stop). It is okay to have fun while you train them. The more conditioning you do the less trouble you will run into later.
In all your training, remember it is not about disciplining them but about training and conditioning them to obedience so they do not require as much discipline. You will have to discipline at times when they are rebellious or disobey, but the more you train the less you will have to discipline, and as a parent that should be your goal. So start training!

My Brother is a Brat

Learning To Train - Not To Parent

7 comments on “Steps to Obedience”