Filter by:
NGJ Magazine / Articles / Testimony of a Young Woman
Do you get our FREE Magazine?

Testimony of a Young Woman 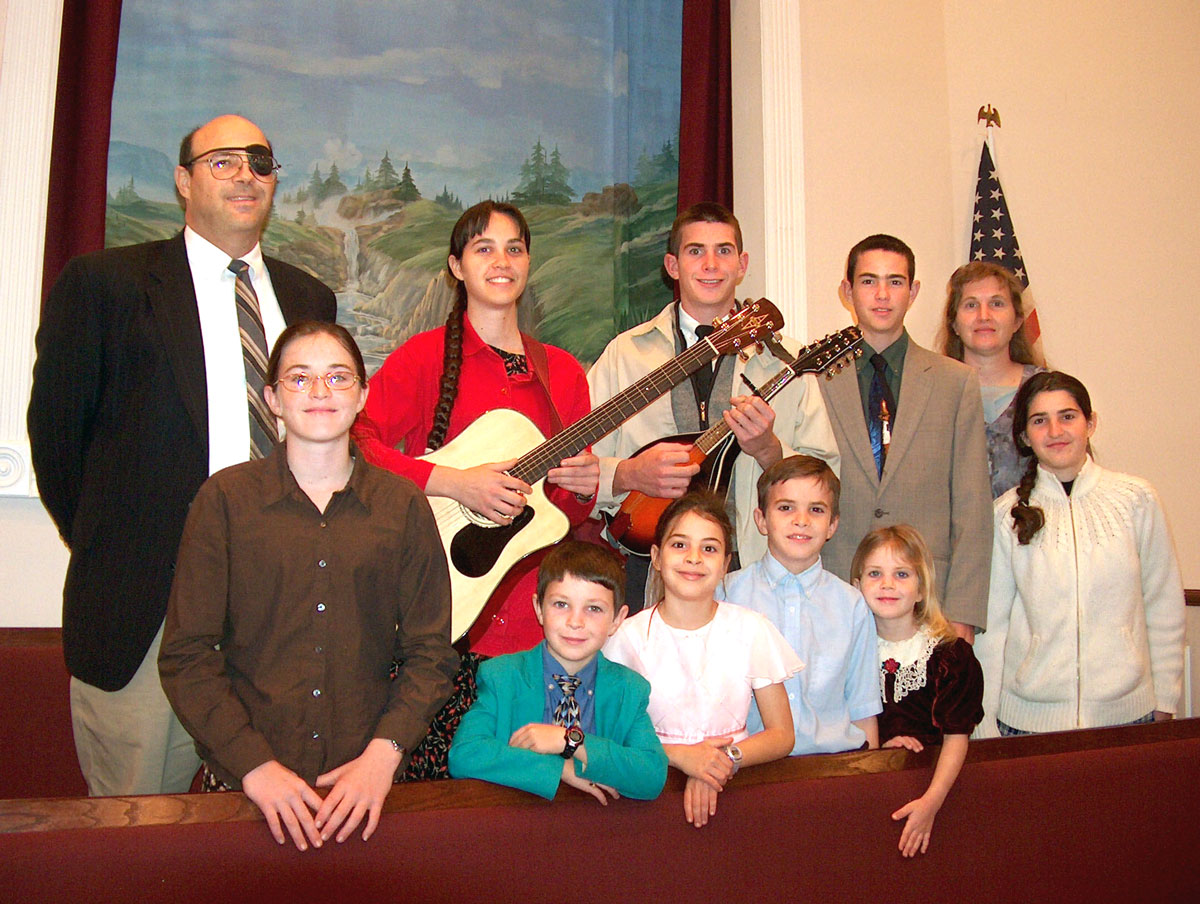 I am the oldest of nine children ranging from five to 21 years old. In 1993, when I was 9 years old, our family went to Papua New Guinea as missionaries.

I am the oldest of nine children ranging from five to 21 years old. I was homeschooled, and Mom taught me to read at 3 years old (and I’ve loved to read ever since). I was saved when I was 14 years old. In 1993, when I was 9 years old, our family went to Papua New Guinea as missionaries. For 8 years we lived in a village called Sara, and Dad started 4 churches in that area. In 2002 we moved to Kandrian, the “government station” where the district headquarters are, which is a much more central location with access to many villages. Over those 11 or so years, I have been able to teach Sunday School and Religious Instruction, a mandatory part of curriculum in the classes, as well as to participate in the various outreaches of our church. A regular period was included in the class schedule in which all the children separated into their different denominations and someone from that denomination came and taught them. But if nobody bothered to come, I got all the kids.
In 2002, Dad brought home a copy of To Train Up A Child that missionary Terry Thrun had given him. I read it and kept saying to myself, “Boy, I wish so-and-so could read English.” Not because they had rotten kids, but because I knew they were looking for what I was reading and that they would really enjoy it. I finally decided to try to translate it, but I didn’t tell anyone, since I first wanted to see if it could be done. I opened TTUAC to the first chapter and read, “SWITCH YOUR KIDS.” When you tell some parents they need to switch their children, they respond, “I would if I could find someone willing to trade.” I thought, “Great, he starts off with a pun that would take 3 pages to explain.” Then I looked down the page and saw “electric wheat grinder”, “nervous breakdown”, “Polish boxcar”... and I decided to just translate the gist of what I thought was being said. That first sentence came out, “When you tell some parents they need to spank their kids, they try to say funny things to change the subject”. Then I thought, “I wish Michael Pearl was here so I could ask him what he meant in plain English!”
I finished the translation and then wondered how to get it printed. I was able to meet a pastor whose church has a printing ministry. It was a huge blessing to have it taken care of while I was here in the States. I now have all the books packed and ready to go in our container. While still in New Guinea, I had printed up a few copies of the book and sent it out to various people for them to proofread. One of them was sent to Brad Wells, a missionary who has a radio station in the Highlands on the PNG mainland. One day, I got an email from him saying that they wanted me to record myself reading “Long Skulim Pikinini” so they could air it on their radio station. Last month, I finished reading it, and I have about three days worth of editing left before I send the second CD to them.
Missionary Life
In New Guinea, we catch our drinking water off the tin roof on our house where it runs down the gutters into our two 1,000 gallon water tanks. The house we live in was built in a couple of months by some local carpenters, with Dad supervising. Mom drew the floor plan and even swung the hammer a time or two. After the house was built, she and Enoch, my brother (who was 16 at the time), built the cabinets and shelves and countertops in our kitchen and pantry. At various times, we’ve had generators for electricity, and where we live now, in Kandrian town, power comes on from 6 pm to 10 pm most nights. Some nights something will happen and power will run all night (someone dies and they don’t want to be in the dark with a body at the clinic). Sometimes the town generator needs fixing, and we all go to bed early. We also use solar panels to run our computer, washer (until we wore the 4th one out about a year before furlough - then everyone took a bucket and did their own laundry in the creek). We also have a propane gas freezer since we only get groceries every couple of months.
I have 11 years’ worth of stories that my relatives are trying to get me to write down. They range from killing a 9-foot snake in our chicken coop (that wasn’t the same one Mom conked on the head with her flashlight when it was killing our newborn puppies), to Dad and Seth being caught in a storm with the steering on the boat all messed up (the whole steering column fell out of the bottom when a guy took it out for a test drive the day after they made it safely to Lae.), to being visited several nights in a row at about 3:00 am by a woman who’d gone insane (once she screamed right outside my window, “Tell me, am I a man, a woman, or a snake?”), to a frantic all-night trip to get India (our sibling) to Lae for an operation needed to save her life when she was 2 months old. Plus, all the fun things that come with living on a tropical island: canoeing, swimming, lobsters for breakfast...
I have always thought that being a missionary is the best way to live. I told the Lord I’d be one if he wants, and right now I’m returning with my parents to the field to get more OJT (on-the-job-training.)