Filter by:
NGJ Magazine / Articles / The Hmong People...Not Forgotten
Do you get our FREE Magazine? 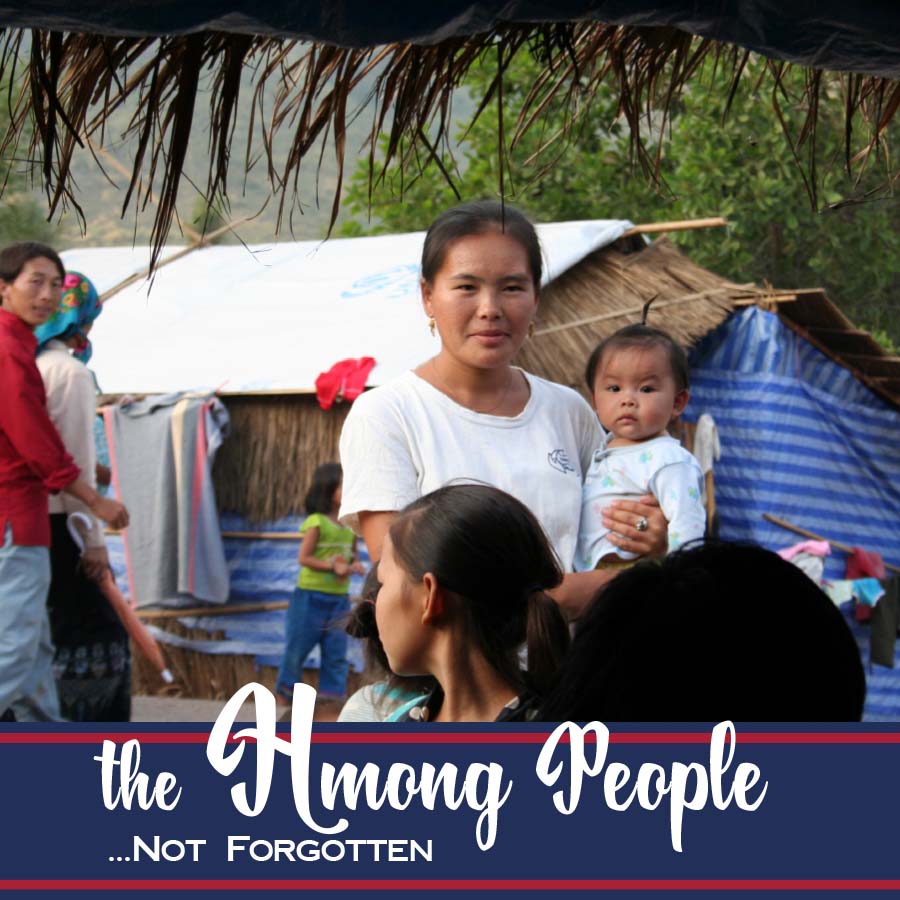 In the early 2000s, there was an international humanitarian crisis among a little-known people, the Hmong. (You can read more about their history here on Wikipedia: ngj.org/hmong-people also on Hmong American Center:
ngj.org/hmong-history).
The Hmong people are originally from southern China, where overlords targeted them for genocide. This led to mass migration into North Vietnam and Laos. After World War II, the British drew new dividing lines for countries in several areas of the world. The map makers forgot the Hmong people, so they were left wanderers in unwelcoming lands. Hoping for help from the USA to restore their country, they fought bravely for America during the Vietnam War but when we left, we abandoned them. The Viet Cong were not forgiving, but the Hmong did not give up easily. They were constantly warring and moving from country to country trying to preserve their nation and culture, keep their own language, and teach their children. It was this constant conflict that caused the Cambodian government to finally try to eliminate the Hmong.
In 2005, thousands of Hmong men, women, and children were unexpectedly taken from their homes in Cambodia, loaded into buses, and taken across the border into Thailand. They were pushed off the buses onto a mountainside in the middle of nowhere. They had only the clothes on their backs.
Within days, missionary Tom Gaudet, who had been helping us with translations for the Good and Evil book, heard that 7,000 people were up in the mountains starving. Tom’s calling is publishing the gospel. He is not called to humanitarian needs, short-term mission trips, orphanages, schools, or even preaching. He was called to publish the gospel. But he drove the treacherous mountain roads to see for himself whether what he had heard was true.
Tom is very focused on his particular calling, so when he contacted us and asked for money to buy rice we knew this was a real catastrophe; people were starving. None of the world humanitarian organizations were helping as of yet. We immediately wired money. Within hours Tom delivered rice. The people ran to get large bags of rice, but there was not nearly enough. For weeks we sent money and Tom drove back and forth delivering as much rice as quickly as he could.

We contacted our missionary TJ Slayman, who was serving in Laos as a translator, and told him to take his family and go live under a blue tarp on the side of the mountain and teach the Hmong people about Jesus. It was certainly not a fun trip or a stirring short-term mission, and he didn’t jump for joy, but he went. To say God GREATLY blessed the ministry he had while in the Hmong camp is like saying Niagara Falls is a cute water feature.
Since the men had no work, they had plenty of time to study the Bible. You can see in the picture the Hmong men intently studying the Bible together.
In order to make a little money to help feed their families, the women in the camp used material the missionary brought them to embroider Mike’s Revelation poster. The young woman you see in this picture was just 10 years old at the time, but Kham (TJ’s wife) said the little girl helped sew the Revelation banners.

After many months of extreme hardship, the Hmong people were finally allowed to disperse. These now-faithful men of God and preachers of the gospel scattered all over Cambodia, Laos, and other countries. What man meant for evil, God meant for good.
TJ’s wife, Kham, grew up in Laos with many Hmong neighbors. You can read her story of growing up in fear of them here:
ngj.org/what-god-can-do
Many close to Kham suffered loss and some even death due to the Hmong’s resistance. Yet when her husband, TJ, was called to go teach Jesus to the Hmong, Kham willingly went to serve alongside him.

After long months of living in the camp, TJ and Kham returned to their ministry in Laos and with them went a young Hmong girl who helped embroider the Revelation banners. While this sweet little girl was growing up, there was a young man living in California (whose mother is Cambodian) whom God called to go to Cambodia to serve as a missionary. He faithfully served eight years as a single man until he met and married this sweet Hmong girl.
That’s another story you can read here: ngj.org/hmong-relief.
This young couple stopped by at No Greater Joy recently but will soon be returning to Cambodia to spread the gospel again. God had a plan—a long-term, wonderful plan.
The British forgot the Hmong, the USA abandoned them, the Viet Cong hated and murdered them, and Cambodia tried to eliminate them, but God had his eye on them, loving, planning, and preparing a way for them to hear the gospel.
This is not the rest of the story . . . it is just the beginning.