Filter by:
NGJ Magazine / Articles / Knittin' Nate
Do you get our FREE Magazine? 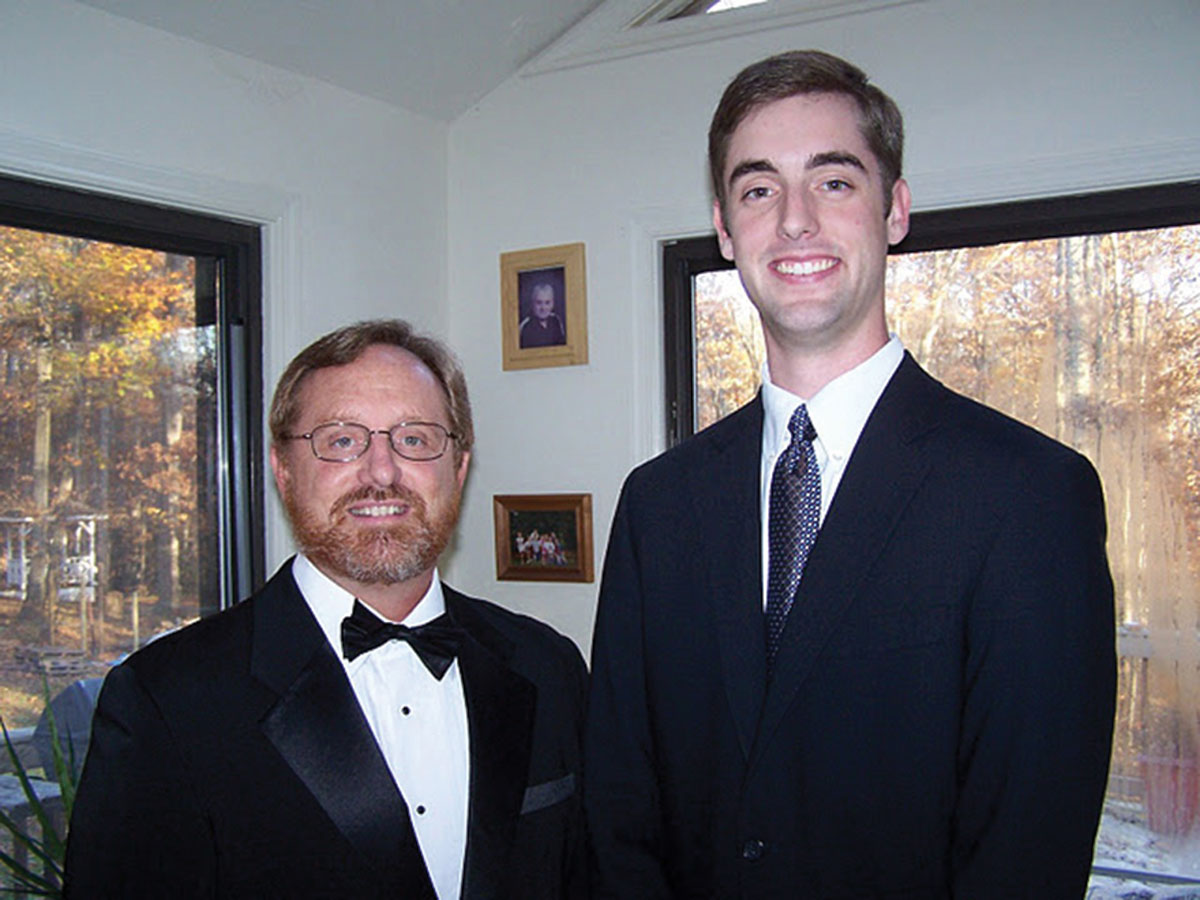 Dad, a Visionary who thinks he is a Command Man, came in from work and passed his son without speaking. He is known for his remarkable self-control—sometimes resembling an explosion that happens inside an unexpandable enclosure. Passing into another room, he stiffly leaned over and whispered into his wife’s ear, every word stiltedly punctuated in a monotone voice that had been carefully stripped of any emotion, “Do you know what my son is doing?” Mom answered without bothering to look up, “Sure. He is knitting himself a neck scarf.”

“My son? Knitting?” he uttered, still only inches from her ear. “But he is MY son, and he is knitting. Who taught my son to knit?” the word “knit” spit out like unwelcomed foreign matter bitter to the palate.

That event occurred about 20 years ago, though Knitting Nate’s mama just got around to telling us the story last week when she was visiting our home. Considering how the knitter turned out, we had a grand old laugh at the telling. It’s funny NOW. It wasn’t so funny to Dominant Dad when first-born son Nate was seven years old; it was confusing. Knitting Nate’s dad is a man’s man and he does not knit—never knitted; the only person in his family up until that point who ever knitted was Grandma, and she died early. It was painfully difficult for old tough-guy Dad to understand how his SON could be interested in something as “girl-like” as knitting. Like I said, it’s a funny story now because Knitting Nate today is nearly a foot taller than his dad, standing close to six and a half feet tall, and has a man-size job that Dad is extremely proud of. He is working in highly classified military intelligence. For that reason we changed his name. Today he is the kind of son that makes Mama smile and Dad breathe a deep sigh of satisfaction.

Boys are different. Grown-up Knitting Nate is a 100% Steady Man (see Created to NEED a Help Meet). He is Priestly in his relationships with others, helpful, kind, considerate, and dependable. He was a Priestly little boy, but his Visionary dad, who is very prophet-like in his relationships with people, found it difficult to understand exactly what made Nate tick. I can only guess what Mike would have done if he had observed one of his sons knitting, not that we didn’t have to make a few mental adjustments ourselves when raising our sons.

Gabriel came into this world born to dominate. Mike related to him from the beginning. As a young boy, Gabe drove me nuts bossing me around. As a young, servant-type mother I had to finally stand up to him and tell him who was boss. After that, he was protective and gentle toward me. Now that Gabe is grown I would think he is at least 60% Command Man and 35% Steady, with just a tiny bit of Visionary. Unlike those of you who have read our books Created to Be His Help Meet and Created to NEED a Help Meet, I didn’t have the opportunity to understand why my son bossed me around. I also didn’t have a clue why my husband didn’t see it as a problem.

Nathan, our second-born son, was very different from Gabe. He came into the world, literally, with a smile on his face. In his youth he liked to go hunting and fishing with his dad, but only so he could be in the woods; he didn’t want to harm the animals. Often, when Mike came back from hunting with his two sons, he would scratch his head as he whispered, “Nathan said he didn’t like to hurt the animals so he didn’t want to shoot.” I guess he whispered because the telling was so odd that saying it out loud would have been offensive. A disinterest in hunting and fishing was not the only thing different about our Nathan. When Nathan was about four years old, Mike and I would often look out our windows to the play area and see our tiny little guy with his hands lifted up to the sky, walking while loudly praying with tears streaming down his cheeks. To say we were bumfuzzled is an understatement. We thought he would grow up to be a real-live, modern-day prophet, or, weird as it seemed, a Pentecostal preacher. While we watched his strange behavior, we hoped that was all that would come of it.

As I said, at that time we had not come to an understanding of how God created man in his own image and that image included all three sides of God’s nature, the Father, the Son, and the Holy Spirit. Even at such a ripe young age—or maybe due to his young age—his Prophet/Priestly image shone especially bright. Nathan still loves prayer. He is very Priestly, wanting to help and heal those in need, but the little-boy Prophet is now a man Prophet. And he is so amazingly normal.

Being old has its perks. There is peace in seeing the end results, at least when the results are good. I have lived through those times when I didn’t have a clue what to do or how to do it. I didn’t understand the whys and wherefores of my sons. Now I know that there wasn’t much to fear after all. As parents, we just needed to honor God, love each other, and enjoy our children the way they were. Then we could watch God give the increase. My boys are now quickly approaching middle age, and both are strong, well-balanced men, good daddies, and loving husbands.

I could have enjoyed the moments more if I had had the understanding of the three kinds of images manifested in boys and men. It would have taken the confusion out of the moments in life when our sons were different from what we supposed was normal. Our daughters, although all three are strong personalities, are not so pronounced or confusing. Our oldest is dignified, reserved, and creative. The next daughter was born serving and caring for others—and still does. Our last daughter is a wild hare, scheming, creative, and full of new ideas. It is good that she was born last in that she has kept us entertained and holding our breath. This past week we were cleaning out an office that once was her bedroom, and we laughed as we studied the walls. They are still the bright, mint green she painted. They are covered with other bright colors and painted flowers and designs. Clearly, she leaves her mark. But with all her expression, her personality is not so pronounced as are the boys’.

Many people have written in, concerned about a young son’s shyness or bossiness or wild ideas. I read their letters and laugh and wish I had time to write to give them the answers we have learned. As my friend Karen (Knitting Nate’s mama) and I talked about our sons, each telling funny stories, we came to a solid conclusion: there should be a book for moms and dads on how to raise the three kinds of sons.

That is easier said than done. I need your help. I need you moms and dads to send me stories of your sons. I need young parents to ask questions that I can post and have older parents tell us how they helped their young Steady boy grow bolder, or how their crazy Visionary son learned to harness his imagination and keep his feet on solid ground. I need to hear from those of you who have learned to channel the energies of your bossy, Command son. If you want a book, then help us write it. Mike and I will learn from you and do our part. Share this article on your Facebook page so your friends can jump in and help. With a thousand examples and as many questions, we can sift the information and provide this next generation with some real answers. So when your husband comes with an outraged face asking, “Do you know what MY son, my SON is doing?” you can smile and say, ”Yep, he’s knitting, and someday he will be protecting this nation. Here, read all about it.”

Help Us Help You!

We are going to write a book on the three types of boys—Command, Steady, and Visionary, but we need your help. We need illustrations and questions. We are waiting on you to send in your stories. If you do not want your name used, please put that in your story or change the names to protect the “guilty”. If you are OK with seeing your son’s name in 500,000 books in 15 languages then include it. We are waiting on you. Write to us at [email protected]

The Return of the Volleyball Bawler