Filter by:
NGJ Magazine / Articles / The WOW of Herbs
Do you get our FREE Magazine?

The WOW of Herbs 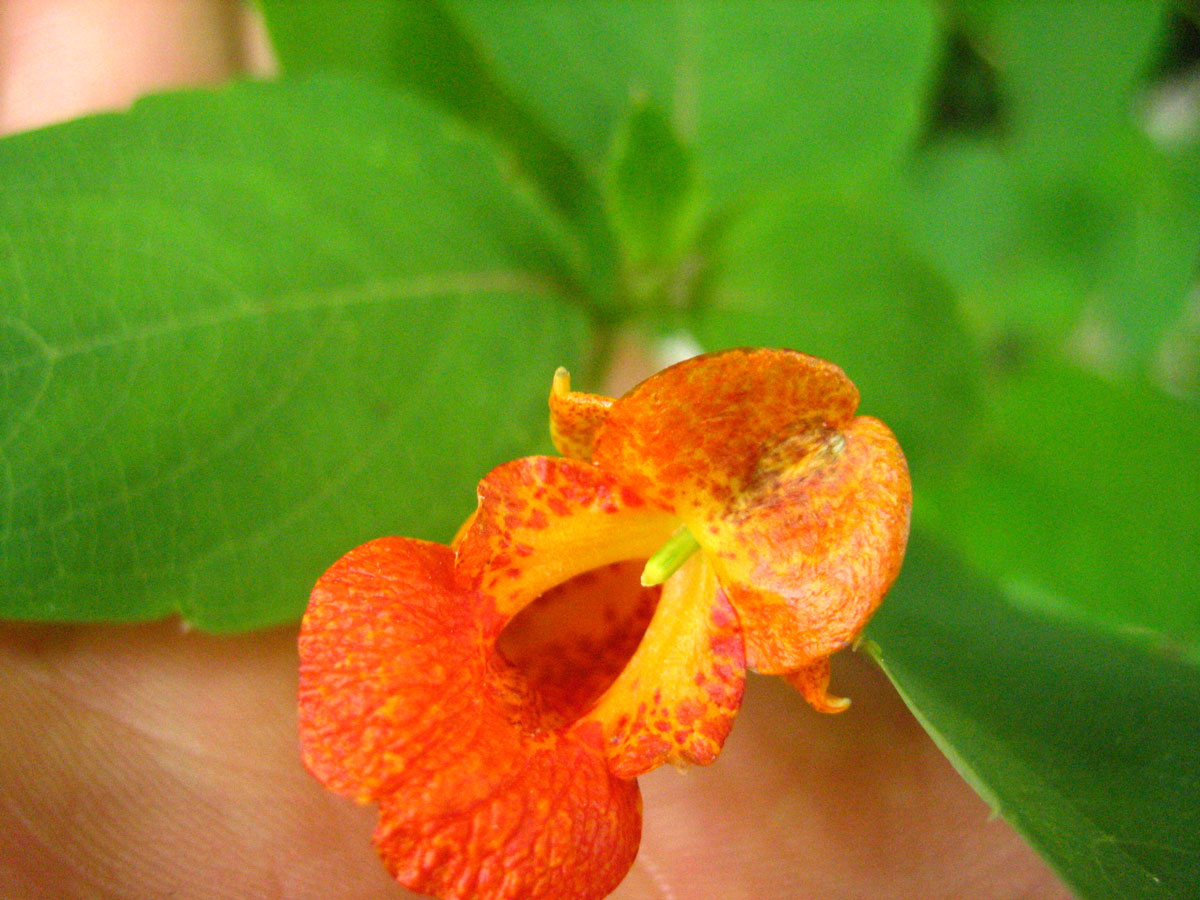 I am constantly amazed at the herbs God has given us. “And God said, Behold, I have given you every herb bearing seed, which is upon the face of all the earth” (Genesis 1:29). “He causeth the grass to grow for the cattle, and herb for the service of man” (Psalm 104:14). My latest WOW was last week when Jared, a videographer for our upcoming Herb video, came up to film. There was great lighting for the day and we were taking advantage of it. As we searched in the wild, looking for plants and breath-taking views of nature, Jared saw an old abandoned rusty bridge that he wanted to climb for a shot of the river. I had jumped off of it when I was a young girl, but it was even prettier than I remembered with the 20-foot-high, hand-cut stones supporting one end, with the other end anchored directly into a rock cliff. Not much of the wooded roadway remained on the old rusty structure, with gaps in the rotten flooring up to five feet wide here and there. It was scary and beautiful at the same time. We started up by climbing on the low end. Jared holding the video camera and I the tripod, we slowly balanced on the old wooden beams, step by step heading for the large boulder 40 feet away. Through the lovely green vines draping the bridge we could see a rusty plaque, dated 1901, inscribed with the names of the founders. By the time we reached the rock flat, Jared’s legs could not stop shaking.

There was a spot to one side of the bridge with enough boards still intact to support the tripod, but it was covered with poison ivy in full bloom. It was absolutely beautiful if you did not know what it was. I asked if he was allergic to it, “Very much so, and when I get it it spreads.” Being a dedicated videographer, he chose the best angle and footing for the shot in the midst of the poison ivy. We got some beautiful pictures. But when we climbed down and headed back to civilization, by his scratching I could tell that the itch had begun. Upon returning he washed his exposed skin with homemade lye soap. Still itching, he worked another 4 hours. In that time he videoed jewelweed and more. I started telling him what jewelweed and plantain can do to clear up poison ivy rash. “Just wait, I will make you a believer in herbs before you know it.” I think he wished more than he believed.

I put jewelweed and plantain in a food processor with just enough water to help it blend. After it was all smoothly blended, I strained the herbs through a cotton cloth, leaving a thick, dark green liquid. I added aloe gel to help the herbs soak in and soothe the red and aggravated skin. His wife rubbed it all over the exposed area. I sent a small jar home with them to apply until the itch was gone. By the next day there were no blisters or redness, just a little itch between his toes. The second day it was all gone. He is now a true believer in herbs. I don’t know about you, but to me, that’s a WOW.

Just in case you want to see the adventure for yourself, we hope to have our herb video out by mid-November. For more herb tidbits, look up up at BulkHerbStore.com, or if you want a great recipe for natural body care, check us out at ShoshannaGardens.com  You can call or write for a FREE catalog @ 1-877-278-4257 or Bulk Herb Store, P.O. Box 430, Lobelville, TN, 37097.

If I Had Cancer

Do You Have Expensive Pee?

2 comments on “The WOW of Herbs”