Filter by:
NGJ Magazine / Articles / Men of Action
Do you get our FREE Magazine? 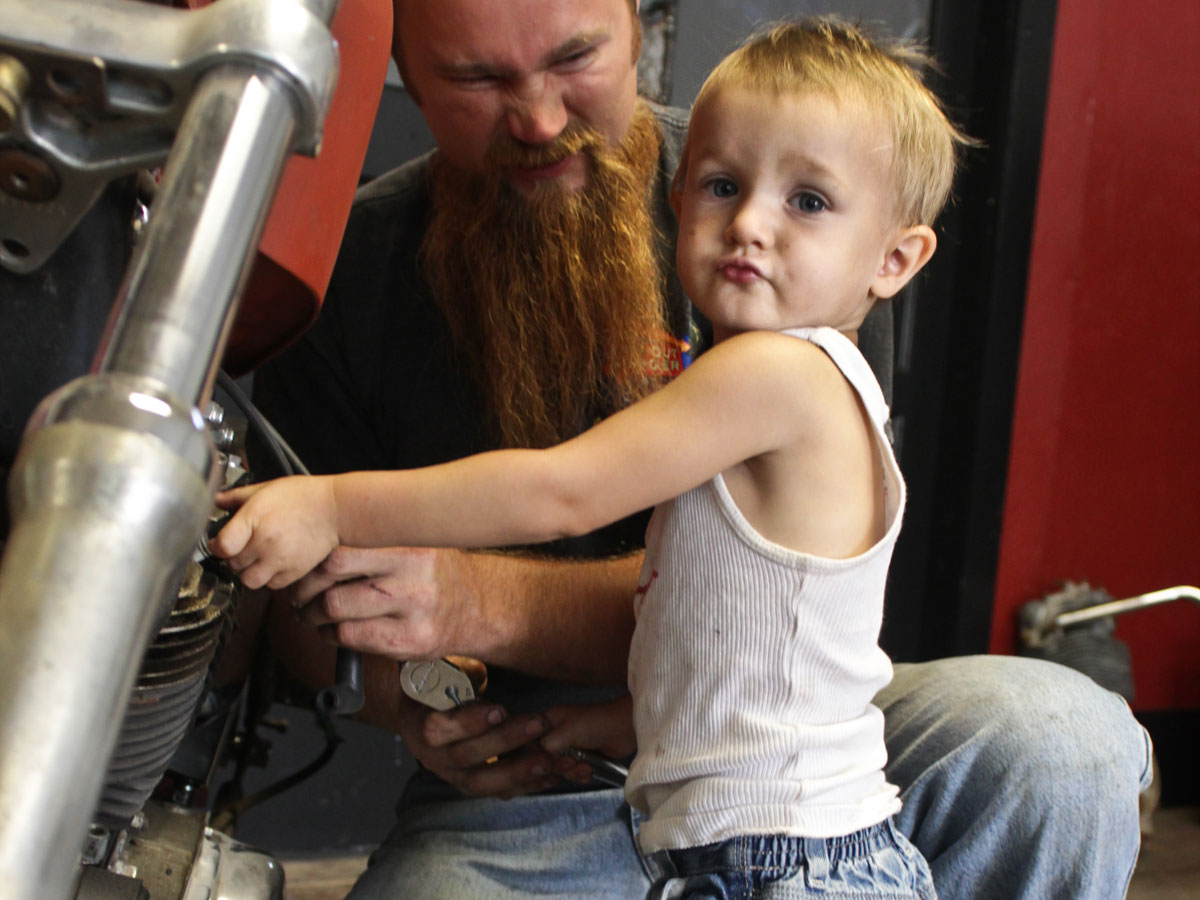 Reflection upon ourselves and the world we live in is one human faculty that separates us from the animals. Having been created in the image of God, we intuitively know what is right and wrong. So I appeal to your own perception of truth. The pressures of this fast-paced world with our high standards of living and our big financial ambitions can distract us from the ultimate goal. A month turns into a year, a year into a decade, and our beautiful house will be left to our children, who will probably fight and squabble, and in the end they will go to court to see who will get the most.

On a five-day trip down through the Mexican Baja last year, my wife and I listened to some CDs on financial freedom. I'm usually not too big on the 1, 2, 3 step, Oprah or Dr. Phil plans, but this guy made some strong points that really hit home with us. Your first goal, if you are a child of God, is to love and respect your wife as Christ loved the church. Your second goal is to raise your children to be godly, upright people who in turn will raise godly children.

I'm trying to think of an eloquent way to put this, but I can't. So here it is: I see a lot of men whose jobs are more important to them than their families. Even the physical state of their home and their place in the community are more important. Very few would agree with me if I told them this. Some would get angry and tell me that I don't know their circumstances. Others would say that they are doing the best they can, but the proof is in their fruit, that is, in their children. Most men are more concerned for what their extended family and friends will think than they are about taking a radical step for their family's sake. They spent six years in school and are afraid to waste it by stepping off a ladder rung. When it comes to eternity, the number of steps you have climbed up the ladder won't matter at all. It's time for godly families to take charge, for fathers to step up to the plate, to quit waiting and to take action.

In the mid-70s, when my parents decided to homeschool, it was illegal in every state. Many men of God told my parents that it was wrong. Some families were very disappointed in them for taking this stand. How could my father, an ordained minister with a college degree, be so selfish as to deny his children the social and educational foundation that we children deserved, that only formal school could give? But my parents knew it was the right thing to do, and they did not back down.

So this is a call to action. If you are dissatisfied with where you are, and you are unable to spend the time with your children that you and they both deserve, then take charge. Stand up like a man. Know this: financial security is enormously overrated. The kids are better off eating cabbage and deer meat with you at the table than they are eating pop tarts alone. I am not suggesting that you should immediately quit your job and get radical. The point is this: if your children are getting 8 hours of the world every day and only 2 hours of you, who do you think they will choose? The odds are stacked against you. Take thoughtful action. My parents did, and their children are better for it.

Gabriel Pearl is the older son of Michael and Debi Pearl.

Serious As a Heart Attack

2 comments on “Men of Action”