Filter by:
NGJ Magazine / Articles / Rights Are Right
Do you get our FREE Magazine? 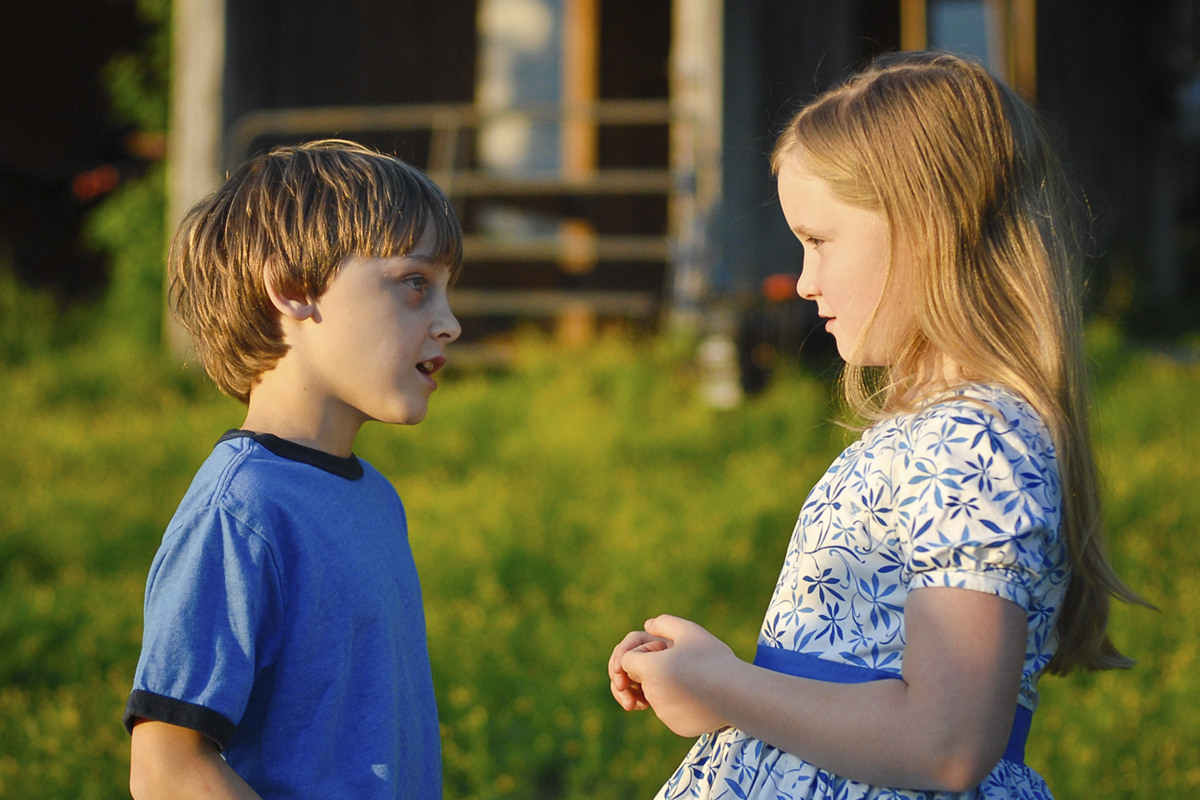 “How can I teach my children to share? How can I teach them to play together without fighting over the toys? They are constantly coming to me whining that someone has taken something away from them. I try to teach them they should share and be kind, but they seem to like fighting better. I get so frustrated I don’t know what to do. I hate to admit it, but sometimes I just want to get away from them. I can’t stand all the bickering.”

“I have two boys, one eight and one ten. My daughters are five and two. The boys are always teasing their sisters. Anytime the girls go in the boys’ room or play with anything that belongs to the boys, the boys become very selfish. They will not let their sisters play with them and are constantly running off and making them cry. I know that there is an age difference and that the boys and girls have different interests, but how can I teach the boys to give up their rights? They are not gentlemen and sometimes just mean to their sisters. Is this a stage they will grow out of or should I start spanking them more?”

I can see a frustrated, harrowed mother as she takes a deep breath and tells herself not to get angry. The children are closing in from every side screaming, “Mother, make him play with me; Mother, he took my teddy bear away; She’s sitting in my chair; I had it first; It’s mine, give it to me.” So she sighs and once more adorns her arbitrators gown, taking the stand to hear the pros and cons from the accusing and excusing parties. She is never quite sure she has judged fairly, and most of the children are sure she hasn’t. An appropriate family Bible verse becomes: “There is no peace saith my God to the wicked.” She is privately convinced she has the most unchristian four and six-year-olds in the Western world.

When our children begin to demand their own way and practice the “me first” philosophy, we know it is a root of sin manifesting itself. So we referee apart the clinched competitors and demand they give over their rights. We futilely sing the give-over song to the beat of their exchanged blows. And all our sincere warnings against selfishness are punctuated by screams and protests of unfairness.

Your equality-philosophy and sharing-principles haven’t worked for the same reason that Stalinism and Leninism haven’t worked. You are a Socialists dictator trying to create equality and brotherly love by the power of the court, at the point of a switch. Our own U. S. Constitution states that “all men are endowed by their Creator with certain unalienable Rights.” Webster’s defines unalienable as “not able to convey, sell, or make over (any property) to another.” It is a “self evident truth” each human being is endowed with rights that can not be surrendered to the jurisdiction of another. Your Parental intrusion into these unalienable rights is as unwelcome as the King’s intrusion into the liberties of the Colonies. Just as in a socialists state, your children will learn to use your intrusion as a tool to get their share of the pie. You have created a welfare state, taking from the haves to give to the have-nots.

Parent, how would you feel about your neighbors or even your relatives if the government forced you to give over rights to your bed or your lawn mower? Suppose that on your day off from work you came home to find your well maintained lawnmower already in use by your careless neighbor? You say to him, “Hey, I would like to use my lawn mower if you don’t mind.” He sticks his tongue out and jeers, “Nan Ne Nan Nah Nann Nann, I got it firrrrrrst.” So do you say, “Well, I am suppose to give up my rights, and it is a law — share and share alike.” Is this how you build good relationships with your neighbors?

A parent must recognize the child’s right to private property. The child must be allowed to possess his own property as he sees fit. If his right to be selfish is not recognized, then he does not have any rights. Again, a child can not give up rights he doesn’t have. If there is a limit placed on his free use of those rights then as long as he is operating under threat of loss of property, he actually never owns the property. He then must give over the property for fear of losing it. The property is not his, and when he gives it over he has given nothing, nor has he exercised benevolence. In selfishness he gives-over for the purpose of, in some measure, retaining usage of the thing that judicially is not his.

We should seek opportunity to teach the principles of giving and sharing, but not so as to coerce them into giving against their wills. It is our desire to see our children have a benevolent heart. Forcing them to give will only rob them of the opportunity to freely give. They can only discover the blessedness of giving when it comes from their own heart.

A child whines, “Make him play with me.” When you force unwelcome associations upon your children, they do not learn to love each other. On the contrary, their despising only increases. How would you feel if you were forced to attend social engagements or spend the evening with someone not of your choosing? Would it endear the person to you if they had gone to the authorities whining of your indifference to them? When the authorities said, “Now you be sweet and let your neighbor sit in your house and gloat over their power to forcibly dominate your time, and remember you should give up your rights,” how would you feel toward you neighbor? And how would you feel about what you were doing? Would you have a good feeling that you had made sacrifices for your neighbor’s sake? No. You would be angry at everyone, and especially at the unjust authority.

There is an easy solution. Parent, put a stop to the bickering by allowing free associations. You can and should teach your children to be sensitive to the needs of others. But, as your children sense, you have no right to legislate or intimidate them into unwelcome associations. To do so will prevent them from ever having a heart change toward the other. If I see my neighbor, whom I may not particularly like, lonely or in need, I may choose to give up my rights and sacrifice my time to meet their need. In so doing, I am drawn closer to him, not made resentful.

You may ask, “But what if when they are given their liberty, they chose to never associate with the other?” I do not think that is likely, for much of the bitterness and rejection is probably from the unjust intrusion of the one who is rejected. But if you are truly recognizing the child’s right to free association then you must be prepared to allow the self imposed segregation. If it were possible for one child to dislike another so much as to never desire association then it would be better for the rejected child to not have forced association with such a one.

Also remember that the whining child, who has learned to manipulate parents into forcing the other children to do his biding, is of all children most despised and rejected by the others. Furthermore parents who reward the whining by giving them their way cultivate in the child a selfish personality that even the parents come to despise. If you are angry and bitter toward you child, consider the probability that you are disappointed in your own creation.

The squabbling over property is even easier to deal with. Parent you need to bring your children together and open a “land and title company.” Cause your children to register each possession. Every toy, chair, bed, bedroom (or corner of a shared bedroom) should be designated as the sole property of one child only. If they have common property, divide the toys into two piles and let them draw straws for their pile. Oversee a period of trading (when they exchange toys on whatever bases they may agree upon) and then seal it with a “homestead act” that assures future “government (parental)” protection of those rights.

Small children should be trained not to touch the private property of older children. And older children should be given liberty to police their own property. When an older child is free to maintain control of his own life and property around the younger brother or sister, they are more comfortable with the little ones. They are then free to relate to their fellow siblings more as a guardian and guide rather than as a competitor or victim.

No one has ever settled on my land or tried to manage my personal property because there is no question but that the government guarantees my rights to private property. It doesn’t matter who got there first or who was playing with my lawnmower first; if I can prove it is mine, there is no contest. There will be less resentment and feelings of unfairness. Your children will like each other better, if they are not forced into a communal living.

If you will function as a government should (to protect rights, not redistribute them) then your children can relax their vigilance to grab and tightly possess. It will end the mad competition to get there first and hold on the tightest. It will be the end of argument. What is there to discuss? All property goes to the owner upon request, regardless of the circumstances. When Johnny whines, “He took my truck,” instead of trying to reconstruct the squabble, you can simply say, “It is his truck. Give it to him.”

Furthermore, where you have seldom seen your children give-up anything, under the private ownership policy, you will see individual acts of sharing begin to take place. When your children discover the good feeling of giving and the mutual benefit of sharing, they will begin to practice it at least as much as you do. By making this switch in your tactics, by giving up the socialists power play, you will come to rely more on teaching and example. It should increase your awareness of your duty to exemplify in word and deed the Christian graces you seek to instill.

Not until their heart is renewed by the Holy Spirit will they ever truly give out of pure love. If you allow them the free choice and God endowed liberties that are theirs, they will then, and only then, be free to develop morally in this area. Make a commitment to trust to your teaching and example, not to the legislation of “Big Brother.” The curtain came down in Russia. It might as well come down in your home.

20 comments on “Rights Are Right”