Filter by:
NGJ Magazine / Articles / Let There Be Peace (Not Pieces)
Do you get our FREE Magazine?

Let There Be Peace (Not Pieces) 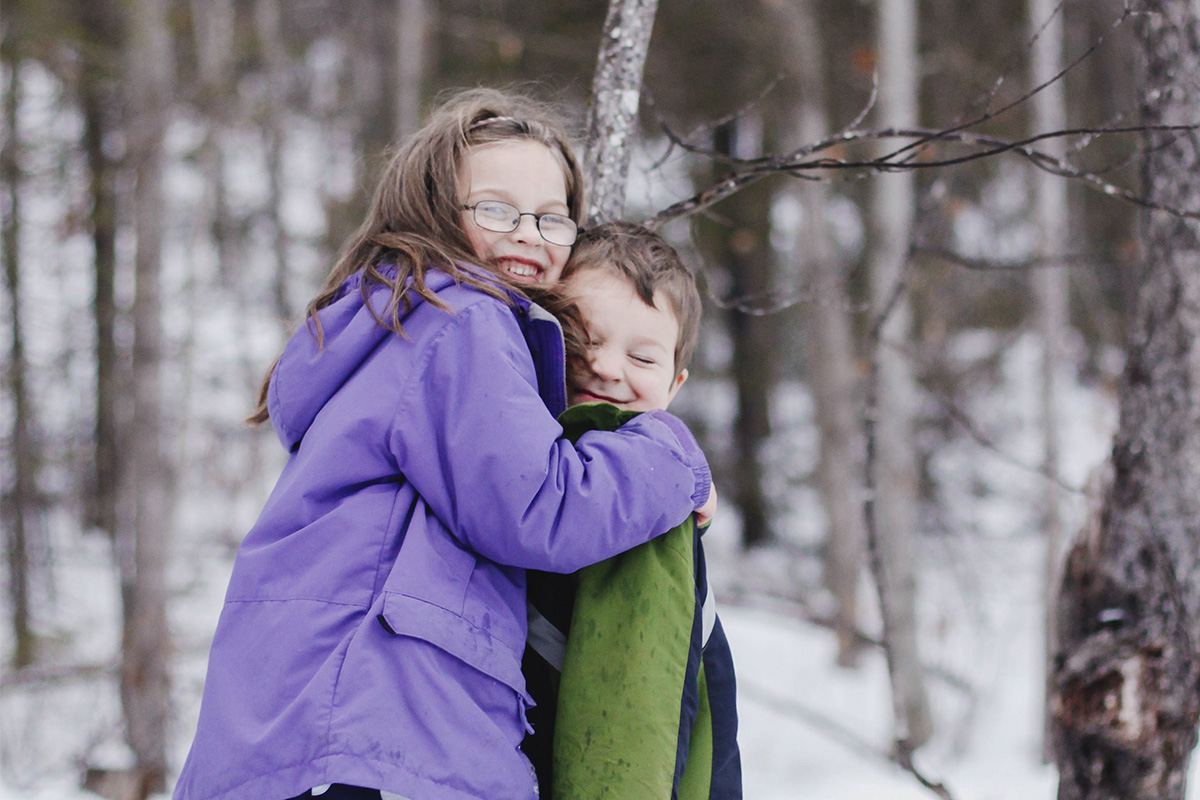 This is the story of two border collies, both trying to protect my doomed chickens. Actually, the chickens and dogs illustrate a more pertinent truth about peace.

I was trying to work at the computer one fall day when I heard a terrible ruckus outside and instantly knew it was my precious chickens in distress. At the time, seven grandchildren from two different families were playing right outside my window. I was also dog sitting for another grandkid.

At the sound of chickens squawking, I jumped to my feet and took off running. The answer to the question you are asking is yes, grandmas in their late 60s can still run—fast! The garden had been harvested so I had started letting my chickens out to enjoy foraging in the mulch. It was a little like going to heaven for the chickens until the two border collies realized the chickens were out of their pen and needed to be herded. My border collie, Peleg, is mischievous; he likes to show his dominance when it comes to chickens and cats. He also feels the need to put the other border collie, Chloe, in her place. Chloe is gentle, tender, and very protective toward all animals, especially chickens since she was raised with them. She protects them from the bossier Peleg at all cost. On several occasions Peleg has grabbed a chicken to play with it and Chloe grabbed the other end to protect it. A chicken divided cannot stand.

Such an awful noise! They were at it again. As I rounded the corner at a full grandma run, I stooped to pick up an old eight-foot cane pole we had used to stake tomatoes. Both dogs were in the open chicken pen and there was not a chicken in sight, but even with my partial deafness I could hear one chicken calling my name, “HELP! MAMA PEARL!”

The two young collies have extremely good hearing and they have both felt the sting of my wrath in previous chicken escapades. I was running, yelling, and beating the ground with the cane pole, so they took off like lightening, their tails tucked out of sight.

I took the grandkids and hunted for chickens all day long. We found the trembling, hiding hens one by one, and finally all eleven were back in the fold, with two missing the entire end of their tails—and not just feathers.

Later in the day two of my perfect grandkids got into a conflict, leaving both of them crying. One was upset at the other for supposed abuse of his walkie-talkie. I thought his rebuke was a little overboard, but it wasn’t THAT bad, so I let the girl cousin cry it out. Later she got hurt with a rope the boy cousin had tied between two objects, creating some kind of an obstacle course to be run by the daring. When she got hurt, being bossy and controlling, she demanded he take the rope down. He didn’t. Then the girl cousin’s younger brother ran into the rope and was hurt. This really elevated the drama. Girl cousin was very offended that boy cousin was so irresponsible. I thought he was too, but it wasn’t THAT bad, so I told him to be more careful, and that if it was inherently dangerous he should remove the rope. But girl cousin was quite offended, not just from the rope incident but from the previous accusation of walkie-talkie abuse. So I hugged the offended girl and put her on the couch to read a book. Boy cousin walked through the house a while later and made a remark to the already offended girl, laying the blame on her. It was now a question of “who done it the WORST.”

I did what any good grandma does: I asked if anyone was hungry. Food is a great distractor and diffuser. I knew I would have to deal with the issue sooner or later… but later seemed like a good idea. In the meantime, I went out to check how many chickens had made it back to the pen. Offended boy cousin came and walked on my left side (my hearing side), and offended girl cousin came to join me on my deaf side. They were no longer offended and were enjoying our comradery, so I chose that time to bring up the issue.

We saw the collies come running to join us, but when they realized we were at the chicken pen, they both did a mid-air turnaround that looked like one of those acts you see in a dog show. No doubt the memory of Granny and her cane pole flashed through their minds. We laughed at the dogs. I reminded the cousins that my dog, Peleg, never tries to pull my hens apart unless Chloe, my granddaughter’s dog, is here to protect them—pulling back on the other end. It is only when one dog is trying to compensate for the possible harm of the other dog that the chickens get hurt. About that time we heard the hawk’s loud screech. It had been circling overhead all day—no doubt looking for an opportunity to have chicken nuggets. I told them that the real enemy Peleg and Chloe should focus on was not each other but that menacing hawk.

As we walked along I said, “You two are about like the collies, both trying to do the responsible thing and both pulling peace apart when you think things are not going correctly.” We watched the sibling collies tumbling over in the grass, biting and playing. Both kids laughed and said, “Yeah.”

The next day we were at church when someone quoted Romans 12:18 and 21. “If it be possible, as much as lieth in you, live peaceably with all men… Be not overcome of evil, but overcome evil with good.”

Most conflict is two people protecting their rights against the other person’s selfishness. There is no resolution as long as attitudes remain. Adults as well as kids compete like the farm dogs over chickens. One dominant person lays down the law as he sees fit. Both may be right, but both are certainly wrong. And children are torn asunder as each tries to save them from the other.

God says, “If it be possible, as much as lieth in you, live peaceably with all men.” Sometimes we can just give up our rights and suddenly peace descends. Sometimes no matter how much we give up, we just can’t make it happen. But as believers, we need to be ready to overcome evil with good.

How Training Pays Off