Filter by:
NGJ Magazine / Articles / Answer From a Former Enabler
Do you get our FREE Magazine? 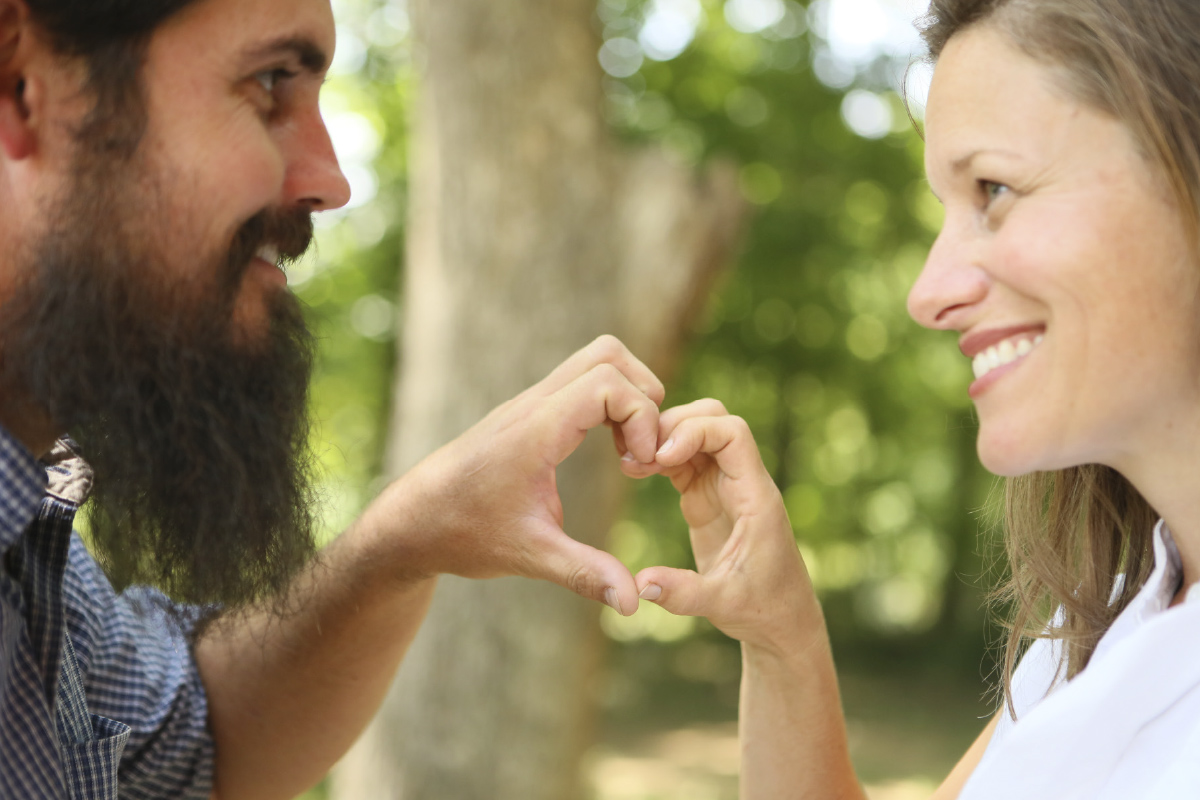 OK, I have a question. How should a wife handle the husband if he blames her for all discomfort he feels? If she tries to point out that it is his own issue, he gets angrier and verbally and emotionally abusive. Also, how does she handle it when she gets to the point where she sees how his attitude is getting on the kids no matter how hard she tries to be joyful and train them? Please don’t say go the church, because the answer is always that the wife must be being disrespectful, selfish, etc.

What if he has never attempted to parent on his own and turns away from outright wrong behaviors? When confronted, the wife gets blamed for having too high expectations. Please don’t assume it is the wife’s fault. This overlooking of behavior just confuses the kids. The wife wants to honor the Lord and respect and love her husband but is honestly tired. The answer is always that when a wife asks for help, her attitude is wrong.

I’m really seeking answers because I have been in this for 21 years. Only in the last few years have I even considered that maybe, just maybe, it is not OK for the wife to be treated this way.

Answer from a Former Enabler

I will not tell you the situation is all your fault. I can’t tell you your attitude is wrong, because I don’t know, never having met you or observed your attitude in action. I believe you when you say your husband gets angry and verbally and emotionally abusive. I don’t deny that you are in a difficult and exhausting situation, or that your desire is to honor your husband, but you feel hamstrung.

I wish I had read Mike’s article Mistaken Identity: Serving vs. Enabling 35 years ago before I got married. It would have made me a much better help meet. Let’s review a few points from Mike's article.

Quote: Their [the enabler’s] support does not make room for the other to see his or her behavior with discerning eyes; to the contrary, it totally normalizes the broken or selfish state.

I thought honoring my husband meant letting him do whatever he wanted, no matter how it affected me or the children, so I kept my mouth shut. I see now that my keeping quiet did two things: (1) it made me feel like I was not allowed to tell him how I really felt; and (2) it made him think his actions were not having long-term effects on those around him. Both were wrong. After 30-some years, we have discussed this issue in depth, and we can both see how my being an enabler did not serve him, or me, or the family unit well. In fact, it was detrimental to all of us. It would have been better for us all for me to speak up and (with honor) describe how his actions were affecting me and the children and all of our relationships. It would have saved us years of hurt feelings.

Quote: If you walk around on pins and needles, trying to clean up emotionally behind his destructive behavior, not allowing him to feel the consequences of his misdeeds and miswords, you are not being a good help meet; you are being a poor, helpless enabler.

When you see he is overreacting, tell him so; you are a person and you have a right to have an opinion.

Did you see that? You are a person and you have a right to have an opinion. Never, never think that because the Lord commands you to submit yourself to your husband that you are a second-rate citizen with no rights. Your husband NEEDS to hear your opinion! God gave him a help meet to HELP him because (you guessed it) he NEEDS HELP.

Understand this: submission is not a position God puts you in below your husband. It is an ACTION that God commands you to do yourself. YOU submit YOURSELF. You are in control of you. You decide whether or not to submit yourself today and every day. It is always your choice. But remember, every choice has consequences, so choose wisely. But the choice to submit yourself to his headship over you does not prohibit you from speaking your mind with honor and love.

Quote: You can respond to untoward behavior by voicing your concerns in a manner that does not attempt to punish or humiliate him. Steel yourself with the confidence that you are his helper who is not broken by his verbal blows. Stand up and say with your eyes and demeanor, “I am a person of worth, and I do not deserve this; you have acted improperly, but I forgive you. I will follow your lead as head of the family, but I will not accept as normal your ugly behavior. The fault is yours, not mine, and the marriage is worth healing, so I am here as your faithful and forgiving partner.

You must find a way to speak your piece while simultaneously submitting yourself to his lead in the family. Tricky? Yes. Delicate balance? Absolutely. But God does not require something of you that is impossible.

I can almost hear you thinking, “Why do I always have to be the one to do right?” and I will tell you why: because you are the one who wrote and asked for advice. So I am giving YOU the advice. If your husband wrote in, my husband would write to him and chew his head off for acting like a jerk. But that’s not what happened here, is it? I am talking to you, the wife, and I am telling you what God expects of the wife. You cannot control your husband or his actions, but you CAN control what you do. And when you stand before God one day, you’ll want to know you did everything in your power to obey his commands. You won’t answer for your husband; he will have to give his own answers at the judgment seat. But you will give yours. Make sure you can give the right ones.

Pray and ask for wisdom. “If any of you lack wisdom, let him ask of God, that giveth to all men liberally, and upbraideth not; and it shall be given him” (James 1:5).

-From a Former Enabler

Preparing to Be a Help Meet—NEW BOOK!

From City Slickers to Happy Homesteaders

4 comments on “Answer From a Former Enabler”