Filter by:
NGJ Magazine / Articles / Mike Answers
Do you get our FREE Magazine? 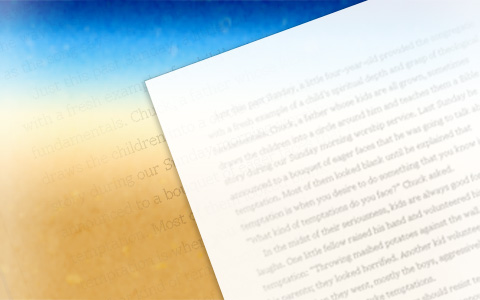 I am writing to ask your advice because, from what you have written, I know your husband is a lot like mine. My Love is very much both Visionary and Kingly, so he will come up with “let’s do this,” while his idea is totally foreign and too big to be practical; yet he’s Kingly, so “it’s the law now, so follow.” I want to follow his every dream, but I get so crushed when time after time it doesn’t pan out, thus causing real hardship on the family.

I know Satan often gives us only the “bad news” of those that think we are wrong in the way we are going, which they say is proven by our failure in business. Thankfully, Paul the apostle says to “rejoice then.” That means we are doing exactly what we need to do for the kingdom because Satan is warring against us and we are a problem for him!

Keep up the good work and I will try to figure out how to be the help meet my man needs.

Faith, your name is your answer. Have faith in your husband. Think of him as an inventor, failing 999 times in preparation for the great success he will eventually achieve. I have tried many endeavors which proved to be great only in my imagination. We have been poor to the bone and down to our last potato many times because I was devoting our money and all my energies and time to a new idea that was “wonderful.” Let me tell you a secret: I had fun at every step of the way. Failure didn’t discourage me. Like Thomas Edison, I knew I had just discovered one more way that did not work. I had grown.

But eventually I had great successes, like the time I went to an industrial auction with our recently acquired $400. I spent every dime and came home with two trailer loads of pulleys, belts, bearings, half a dozen pieces of machinery that I didn’t even know what they were used for, and hundreds of sanding belts, some of them three feet wide. And best of all, I had purchased for a steal over two-hundred feet of live conveyor belt that had to be removed from the facility in three days. I didn’t have any use for the conveyor and had no place to put it if I had disassembled it. But I had a glorious vision. I left the auction and went to the local newspaper to place an ad. The next day, after some dickering, I sold the conveyor where it sat for $800—twice what I had spent at the auction. My wife had grocery and rent money and I had a trailer load of beautiful equipment, some of which, believe it or not, I am still utilizing forty-three years later.

I then took one of the pieces of machinery apart and made an apparatus that would assist in the manufacturing of personalized redwood signs, which I sold in flea markets and malls and made about $20,000 over a three-year period. I used the bearings, pulleys, and belts to make a table belt-sander that would utilize the three-foot wide belts. With it I sanded the wood items I was selling in craft shows. I constructed several other pieces of equipment out of the goodies I had acquired, and with them I made between $40,000 and $50,000 each year for the next eleven years.

You should note that I took the $50,000 each year and tried another dozen “hair-brained ideas,” as my mother-in-law called them: some lost a lot of money, some broke even, and some multiplied my money. I can’t tell you how much fun it was—still is.
But I was able to build a house that sold for enough to allow us to purchase 100 acres in Middle Tennessee and get a start homesteading. Again we were potato broke from time to time, but it was our potatoes, dug with our own hands, and potatoes never tasted so good when served with a venison steak or fish caught in nearby waters, served with butter from our cow and milk warm from the bucket.

Now my wife shares my hair-brained ideas, and we are a finely tuned team thinking of new ways to get the gospel to the whole world. Some ideas don’t work at all. Others break even. And some are seeing a harvest of thousands of souls brought into the Kingdom of God. By the way, it’s loads of fun. We have never been wealthy, or even middle class. In the past six years the Social Security Administration has paid me three times as much as I ever paid in.
My wife had to endure criticism from family and well-meaning friends, but it just brought us closer together. What other people think ceased to be relevant a long time ago. We became a team, experiencing life together, having more fun than a whole playground full of kids. In time, even my mother-in-law praised me. She discovered what I suspected all along: “Cast thy bread upon the waters: for thou shalt find it after many days” (Ecclesiastes 11:1). We are laying up treasures in heaven and enjoying every minute of it.