Filter by:
NGJ Magazine / Articles / Believe I Can
Do you get our FREE Magazine? 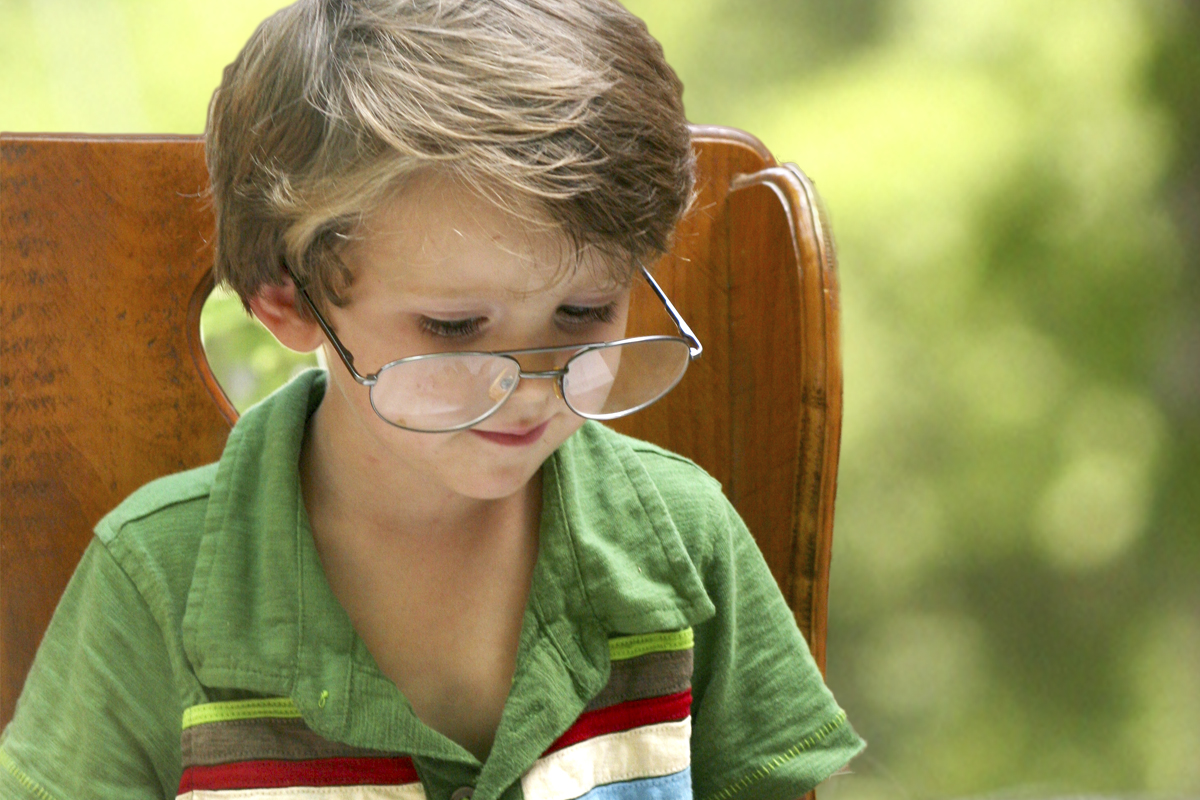 I felt a lump in my throat as I watched my 8-year-old son slowly stand up. Holding his Bible, he looked at the phrase his Sunday School teacher had written on the whiteboard and asked him to read out loud. She was a good teacher, she just didn’t know that Gabriel had struggled to learn phonics and had only begun to painstakingly sound out words on his own volition several months before. He looked down at his Bible, and then his eyes met mine and filled with tears at the humiliation he was experiencing, surrounded by his peers who couldn’t understand why a child their age couldn’t read as well as them.

The above scenario never occurred, but it played out in my mind many times during my early years of homeschooling. Most homeschool moms have fleeting worries that their child will be the one sitting there feeling the shame when asked to read publicly. Your mind plays tricks on you as you stare at your 6-year-old who still can’t remember the short sound for “a,” and in your insecurity, you think of this child at 10 or 11 years old still not reading. Most homeschool moms have experienced this panic. The more children you have, the more likely you are to grow slack as the years roll by.

Panic no more, for research has found the answer, and it is as easy as assuming the right mindset. For the last several years the internet has been burning up with new information garnered from scientific research on the brain and how we learn. They are able to view brain activity in real time and observe the learning process as it is happening. We now know what teaching methods are most effective, and how to work around “learning difficulties.”

Yesterday I watched a researcher speak of scanning the brains of children who did not have the mental capability to learn to read, like some of those with Down syndrome. Since scientists know exactly what area of the brain lights up when reading, they were able to devise a means to excite that area of the brain in children formerly considered physically incapable of learning. I must say that I have been wishing I had another life so I could jump in the game with them. But this is a rabbit trail and not what I am writing about. My subject is mindset.

A group of brain researchers went to a first-grade teacher and asked her to allow her 30 students to take part in their research. The researchers told Miss Teacher that she had been chosen to be a part of this study due to her excellence, but she had to agree to the terms. She would need to sign papers stating that she would follow their curriculum exactly, and she needed to understand that she would be videoed every day to make sure she was being a quality teacher and keeping to the curriculum. She would also sign papers stating she would not speak of the research, the children’s work, or anything about the program until the experiment was over. The researchers tested the children, then came back to Miss Teacher and told her their results. Amazingly, of her 30 students, five showed an extremely high IQ. She was cautioned to teach all students with equality regardless of the test results, as this was critical to their research.

Miss Teacher did her best and the researchers checked on her regularly. They saw she was an excellent teacher and did her best for all her students. At the end of the school year the researchers came back to test the students. They laid the results before the teacher for her to view. “Are you surprised at the results, especially the superior test results from the five students with the high IQ?”

Miss Teacher smiled. “Not at all. Those five are truly brilliant, so I would expect these results.”

The researchers then revealed the true nature of the experiment. “Miss Teacher, we lied to you. At the beginning of the year those five students’ tests were pulled out of the stack at random and had the same test results and the same basic IQ as all the other first graders we tested. You, Miss Teacher, were our research experiment. We wanted to prove that the mindset of a teacher could bring up the testing grade of the average student.” Unknowingly she had communicated a positive expectation to the five average students and it had affected their self-image in a way that caused them to excel. Wow! Does that explain a lot of what I have seen in my half century of observation!

As homeschooling parents, we hold in our hands a glorious opportunity. Scientific research PROVES that true intelligence is not developed in rote learning, memorization, or learning so as to pass a test. This type of schooling temporarily scores the brain but does not make permanent grooves. For your child to excel, it takes a healthy mindset—first the parents, then the child. The mind must be excited by ideas, concepts, and stimulated to investigate and learn for the sheer love of it. A brain under pressure to learn, or to pass a test, shrinks—literally—under the pressure.

I clearly remember a few teachers in my elementary and junior high years. Some were sweet, some were mean, some were lazy, and a scant few were really interested in pouring into my life and helping me learn. One such burning star was a librarian. She was the only teacher in all my years who noticed my lack of hearing. That is a remarkable oversight for all my teachers since I am stone deaf in the right ear and have some loss in the left. Think about that! All those years and not a single teacher ever noticed that I couldn’t hear except for the librarian, and she wasn’t even one of my regular teachers. She was old and needed help putting books on the shelves. She offered me a job as her assistant librarian, which meant I could skip a few other classes each day. I was eager to help, and I wanted to please her because she believed I was smart—I could tell by the way she talked to me. She looked at me when she talked, not over me. She asked my opinion. Each day when I finished my library chores, she would choose a book and we would sit, one on one, and discuss the information we read. It was only 30 minutes or so a day and she was often interrupted by other students, but those minutes were the highlight of my junior high years and most likely the turning point in my education.

It was her mindset toward me that won me over. I was not finishing my classwork, nor were we going through any curriculum that would help me finish my year’s schooling. The things we read were of no consequence to formal education. Yet, when I think of my real learning, it was in the library talking through subjects such as shoeing horses, how to write, ocean currents, why opossums hang by their tails and carry their babies on their backs, and what can be found in mud puddles. She was my teacher supreme.

Homeschool mom, be the librarian. Look into your children’s eyes and discuss subjects of interest—any subject. Believe in them to the point that they feel your respect for their minds. Assume they are set apart, but do not resort to “positive affirmation,” for empty words of how “special” a child is can leave the child with a burden to perform. And in all your doing, don’t be bound by the day-to-day pages found in some dumb workbook that a bored educator put together on a bad day. Don’t let that be your guide. Have a mindset that frees the child from the need to learn and turns him on to the joy of learning. If you could view his brain in an FMRI machine you would see the lights coming on and forming millions of new connections that actually raise his IQ and increase his happiness in the art of learning.

2 comments on “Believe I Can”